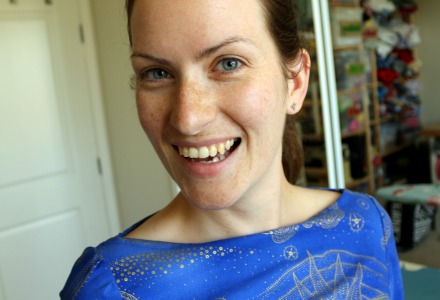 I wonder, is it counting as “stashbusting” if you use some fabric to make a dress, but it was fabric that was bought for that intended purpose, but has been sat on a shelf for 3 months. It is kind of appropriate, as the pattern had also been unused and unloved for 7 month or so, ever since I bought it in the Black Friday sale! (Getting there though, I have now used all but one!) It also seemed reasonably appropriate that I used it for a Colette pattern, as they are of course based in Portland – Portland fabric, Portland pattern.

When tracing the pattern, I cut a 2 at the bust, graduating out to a 6 waist, 8 hips. I tested the bodice with a muslin, having had to make adjustments to Colette patterns before, then adjusted the darts on the bodice according.

Originally while planning the dress, I had thought about making it sleeveless, but in the end decided to go for the 3/4 length sleeve version, as such pretty fabric wants to be all over! Other modifications I made, were to using bias binding to finish the neckline edging, as I hate facings and find them annoying, and I also used pleats rather than gathers on the skirt front, as the fabric wasn’t really working well with gathers, perhaps because it is a slightly heavily weight cotton. I finished the belt by topstitching around the back portions of the belt so I didn’t have to do any slipstitching (score!)

Instead of a hook and eye closure for at the top of the zip, I used another of the gold buttons I used for the belt, and made a loop out of embroidery thread, then used single crochet all the way around to form the loop.

Oh and I would just like to submit photographic evidence: 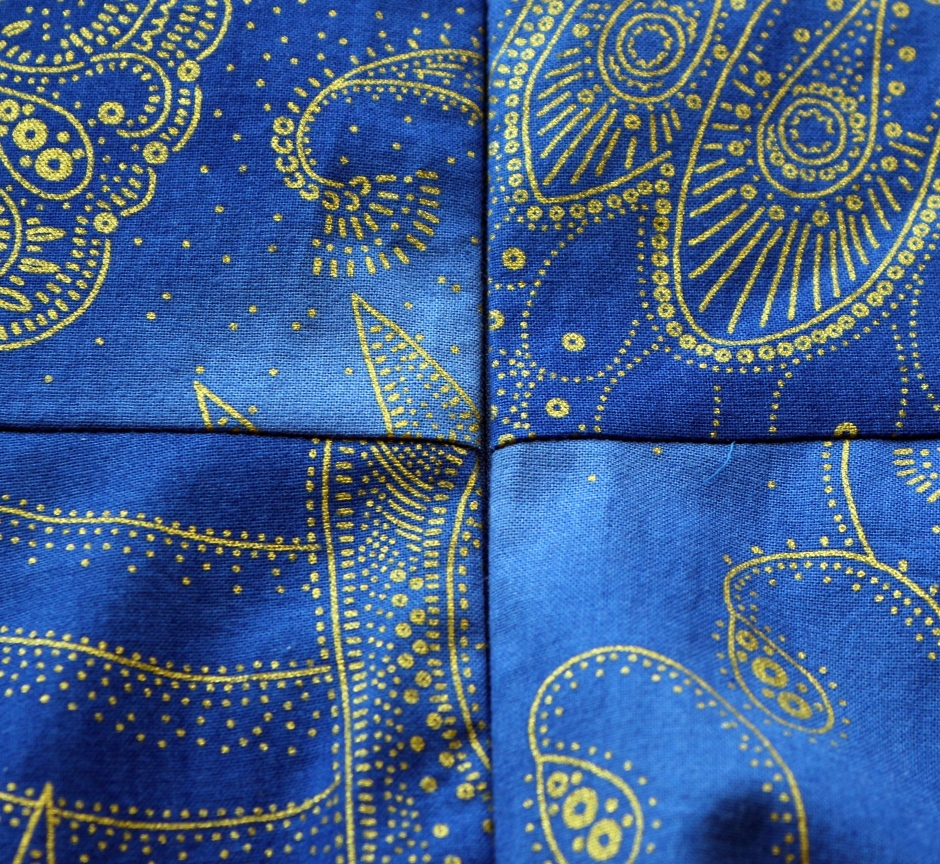 Perfectly lined up zip with no puckering! FIRST TIME AROUND! How often does that happen? I imagine often for those who are used to these things, but previous attempts in other garments have been incredibly annoying and resulted in much stroppy stamping of feet and sulking. So yey me!

Now I just need an occasion to wear it…… Well, it is my birthday coming up…….

See more like this on my blog at BakingMakingandCrafting.com.