The flying thread offcuts have settled, the sewing machines have had a little bit of a break, and it’s time for the last Indie Pattern Month 2014 blog post!

First up, here’s what you are all doing with The Monthly Stitch

And what about after Indie Pattern Month? 68% of you told us that you’re planning on sewing along with The Monthly Stitch challenges and posting about your creations in the future. Yay!

(Want to post about your creations but not sure how? Find out more over here.)

(Didn’t know we have a The Monthly Stitch Facebook group? It’s over this way.)

Now, who sewed along with Indie Pattern Month?

What prevented you from sewing along with Indie Pattern Month? Lack of time was the main issue, followed by having higher priorities in your sewing queue for the current season.

What did you do because of Indie Pattern Month?

And as for those patterns you were buying? There was quite a range, but the post popular designers you purchased were Lekala, Papercut, Pauline Alice, Cake, Kitschy Coo and Sewaholic. Quite a few of you mentioned buying your first Lekala patterns after seeing others make them up during June.

What did you all think of the contests?
You all liked the contests, and most of you liked having them once a week (although four weeks was enough since it was a bit hectic if trying to enter them all!). The prizes were good, the rules were clear, and you liked that we had several winners for each contest – yay! Having winners chosen by both voting and judges scores was generally good, however there were quite a few comments around it being hard to vote with so many options, and feeling it might be fairer if judges scores had a bigger weighting, so we’re going to think about that a bit for next year.

What about next year’s sewing contests?
You gave us a lot of ideas for things you’d like to see next year! Franken-Indie was very popular, with a lot of you asking for it to come back again for 2015. ‘New To Me’ was also popular, since it encouraged a lot of you to try out a new designer. Dresses was hotly debated – a lot of you asked for it to come back as a category next year, and roughly an equal number of you asked for it to be focused on a different garment instead (such as tops or jackets or skirts). An outfit challenge was also mentioned a lot – a different version of the ‘Indie Fan-Girl’ one we ran this year, with the ability to mix-and-match more than one designer. Another idea that came up a few times was having a final contest, for all the creations that were made and posted during the month that weren’t done as part of one of the four sewing contests.

Who should be sponsoring next year?
Again, you gave us a lot of ideas here! The most popular designers requested for next year were Deer & Doe, Papercut, Sewaholic, Colette and Cake. A lot of small indies were also mentioned, with people saying how they liked smaller, less well known brands getting exposure during Indie Pattern Month. Quite a few of you also suggested getting fabric sponsors as well – we’ll see what we can do! 😉

And now… a winner!
All of you who took the time to fill in the survey and give us your feedback before the end of 18 July went into the draw to win a sewing journal from Jane at SewKnowHow, a fantastic sewing school in Christchurch, New Zealand. 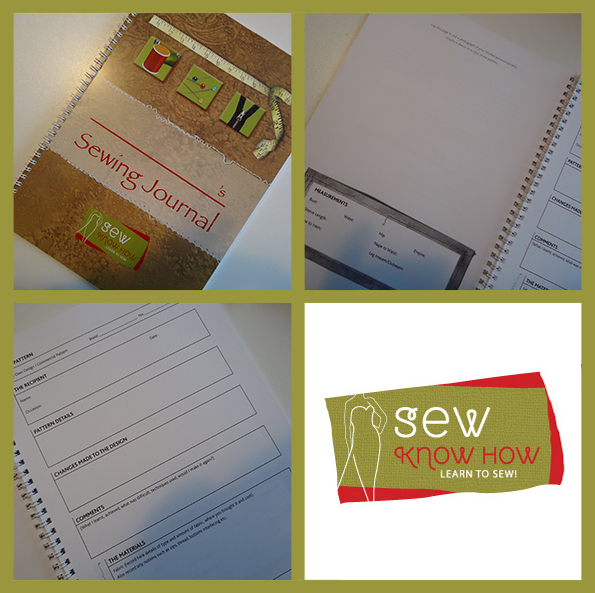 We went to random.org to draw the winner. The winner of the journal is…..

Congrats Katrina, we’ll be in touch very soon to organise getting your prize out to you. 🙂

Keen to give us your feedback?
Although the competition is over, the survey is still up and running, and we’d love to hear your thoughts on Indie Pattern Month and how we can make it even better next year! You can tell us what you think over here.

(However, it’s not over for indie patterns yet – Project Indie is still up and running, to find and launch a new indie designer. Interested in entering? Find out what you need to know over here.)