By now, chances are you know that October is going to be Frocktober on The Monthly Stitch – all about dresses! Yay!

We’ve got quite a special month planned. We took on board a lot of your ideas after Indie Pattern Month to come up with what we think will be a rather exciting and fun month. Hopefully you all like it too!

Just like with Indie Pattern Month, there will be four contests running – one for each week during October. And also like with Indie Pattern Month, it’s entirely up to you whether you choose to make dresses for the contests, or whether you choose to just make any dress you feel like and post about it during Frocktober. We’re nice and flexible like that. 😉 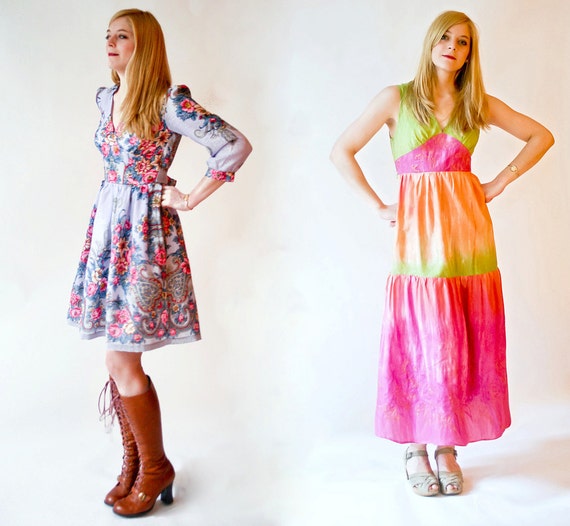 We asked you after Indie Pattern Month which designers you’d like to see featured on The Monthly Stitch in the future, and we got in touch with four of your favourites to get them involved in Froctober – Deer & Doe, Sewaholic, Kate & Rose, and Named. They were all super keen to get involved, and we’re going to be featuring a dress pattern from each designer during October. We chose the dresses that we’ll be featuring carefully – we wanted to get a range of styles (so there should be something for everyone!), a range of seasons (since we’re all transitioning at the moment to either winter or summer), and a range of skill levels. We also decided to feature dresses that may not be the most well-known one from the designers, as we want to challenge you all to try something a bit different during Frocktober. 😉

So, which dresses are they?

Each of the designers involved has given all of The Monthly Stitch readers and contributors a discount code so you can purchase their featured pattern for Frocktober. These codes are:

The designers are also each sponsoring a sewing contest for their featured dress pattern. To enter, just make up the featured dress between now and the end of it’s feature week, then post about it on The Monthly Stitch during the week the dress is featured. The designer will then pick the winner, who will get fame and applause all over The Monthly Stitch and, if that wasn’t enough, a free pattern or two from the designer! Pretty neat, huh?

And if that wasn’t enough encouragement to get out there and try a new pattern (and maybe a new-to-you designer?) we’re going to have a series of posts each week for the dress-of-the-week. We’ll be running a sew-with-us series for each dress, where one of the editors will make up the pattern of the week as a series over five days, and you can sew along with us. We’ll have inspiration posts, showing what other people have done with the pattern, and fun pattern hacks you can try. And we’ll be interviewing the designer of the dress to find out what inspired it and why they called it what they did (amongst other things), so you can learn more about your favourite designers and where some of their pattern inspirations come from.

Sound like fun? We’re really looking forward to it!

So what’s the plan for October?

If you’re keen to take part with sewing up one of the featured dresses, here’s the schedule for October, so you know what will be happening when:

(You can find the rules for all the contests at the bottom of the Frocktober announcement post.)

And remember – anyone can participate in Frocktober, with any dress pattern at all! (The four featured dresses are just a bit of extra fun – it’s up to you whether you make up one (or all?!) of them, or whether you choose a completely different dress pattern).

So, will you be taking part in Frocktober? Are you going to try out one of the featured dresses? (I’m going to make up the Dakota dress from Named, and hopefully the Reglisse as well – fun!)

16 thoughts on “Frocktober – time for some more details”