So I’m another first-time poster here. I’ve recently gotten back into sewing clothes after about 5 years off, so Frocktober came at a perfect time for me. I love wearing dresses, and I used my new-project enthusiasm to make not one, not two, but four dresses in the last month! I used 2 patterns and made 2 versions of each dress…so Frocktober2!

I’ll go through them in chronological order. I started with New Look 6799, which I’d picked up at Spotlight on sale and looked at lots of different versions on pattern review, so I decided it would be a good starting point to get back into the sewing game! I made it up in a purple cotton from my stash (probably a poplin or broadcloth? I think my mum bought me metres of it back when I was at uni – thanks Mum!) and used some blue fabric from my remnants basket for the contrast yoke and waistband. And it turned out I had some bias tape that matched the blue fabric almost exactly, so I decided it was fate and used it to finish the bottom hem. 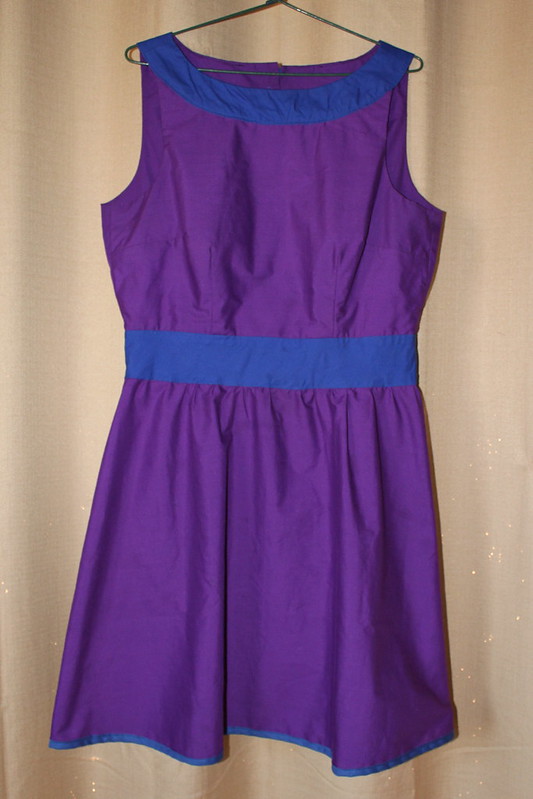 I wasn’t entirely happy with the fit, so I’ve mainly been wearing this dress around the house. I’m a big fan of making full muslins out of cheap fabric so I can wear them as house dresses, it stops me wearing stained t shirts all the time and is a lot cooler in summer (it regularly gets to over 40 degrees here, and our old farmhouse has no air-conditioning…)

But seeing as dress number 1 wasn’t a total disaster, I decided on a slightly more ambitious project – making myself a dress to wear to a friend’s wedding. I made some adjustments to the fit of the bodice of the 6799 (a FBA, and also took some width out of the centre back seam where it was gaping quite badly at the top) and off I went. I could say I took inspiration from Jo’s pink and white 6799, but it would probably be closer to the truth to say I outright copied it (hey, imitation is the sincerest form of flattery, right?). To be honest the fabric is not a colour and print combination I would usually choose for myself, but having seen it made up I thought it was a really cute dress. And I found the fabric I used on the clearance table at Spotlight, so once again the stars aligned for me and a dress was made! 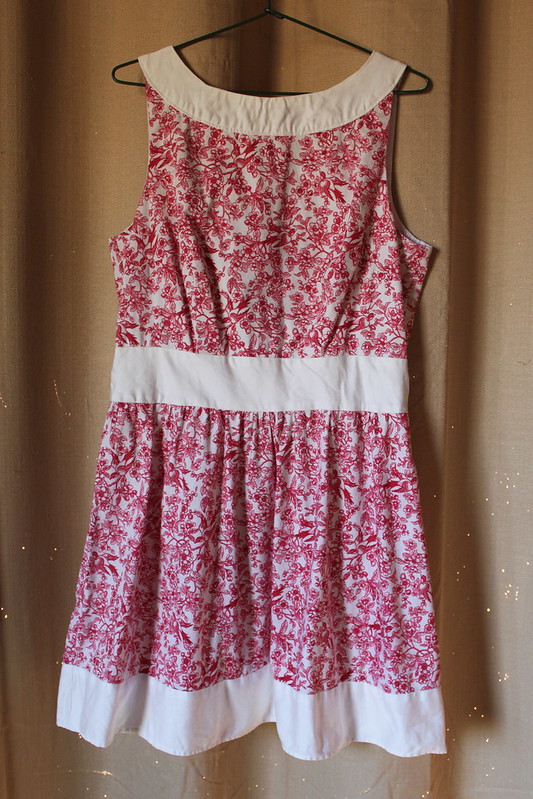 The print fabric is a quilting cotton, which I think probably had a bit too much body, but I love the print. I used a cotton sateen for the contrast, which wrinkled horribly on the waistband after I had been sitting down…lesson learned there. I did learn a lot from this dress! But other than a few nit-picky issues I have with it (which mostly nobody except me would notice) I’m fairly happy with it, and I think all up it only cost me around $15 to make, so I can’t complain about that! 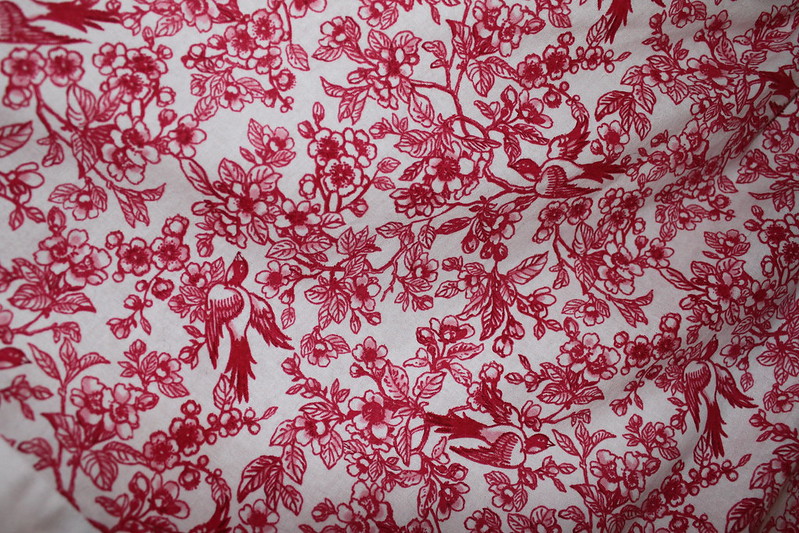 Onto dresses number 3 and 4 – the Reglisse! I’d been eyeing the Reglisse pattern on TMS for a while, and decided to bite the bullet and buy it. We had a family do (my grandparent’s joint 80th birthday party) coming up, and the theme was ‘black and white casual’. I was fairly determined to make myself a dress to wear to this as my grandmother was a seamstress, and was about to make yet another 6799 out of black rayon with white contrasts when my Reglisse pattern arrived at lunchtime on Thursday. So I quickly set about making a muslin of the bodice out of some light grey poplin I’d bought for cheap on my last Spotlight trip. It sewed up really quickly so I put the skirt on it as well. I was happy with the fit so on Friday morning I got to work making my black and white version in the rayon. I was a bit more pedantic with my construction this time, so of course didn’t end up finishing until 10pm on the Friday night, as we had to leave first thing Saturday morning… 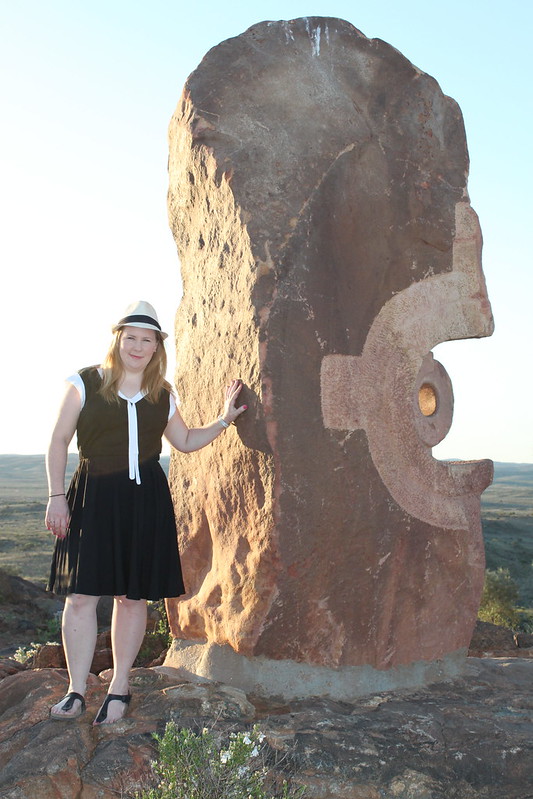 I really like this dress. The rayon has a lovely drape and it is so cool and floaty. It’s definitely my new favourite summer dress. I wore it to the party with pink wedges for a pop of colour, but have been wearing it casually since then with flats. The photos here are from the sculptures in the desert out at Broken Hill, in far West New South Wales, where we visited the other weekend for another family gathering (September and October have been very busy months for us!)

The only things I changed from the pattern were parts of the construction – I enclosed the raw edges of the waistband inside, and did the same with the sleeves. I did end up unpicking the sleeves after the first wear and putting some interfacing inside them, as the rayon on its own was a bit sad and floppy! But other than that I’d highly recommend it – I ended up coming home and finishing my grey muslin, intending to wear it as a housedress, but I actually think it’s so cute and comfortable I’ll probably wear it a lot over summer! I’m planning on making at least one more, in a print fabric this time. 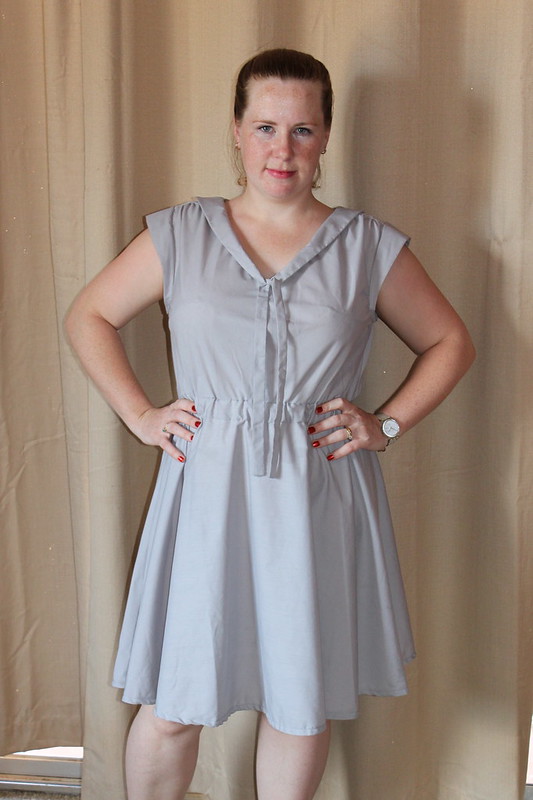 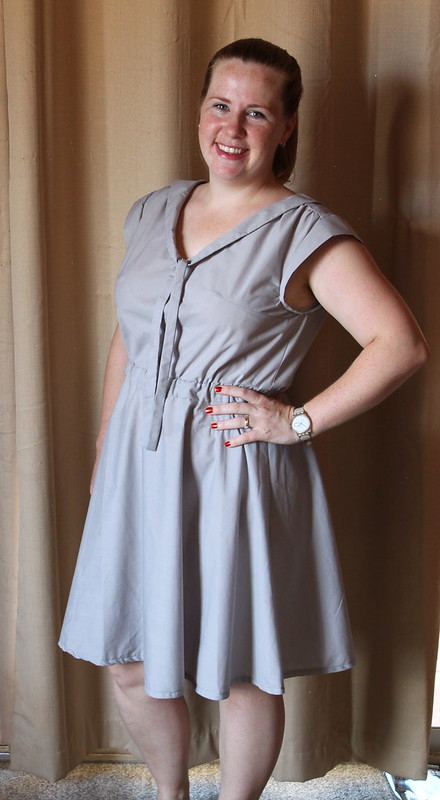 Here you can really see the difference in the drape of the two fabrics. 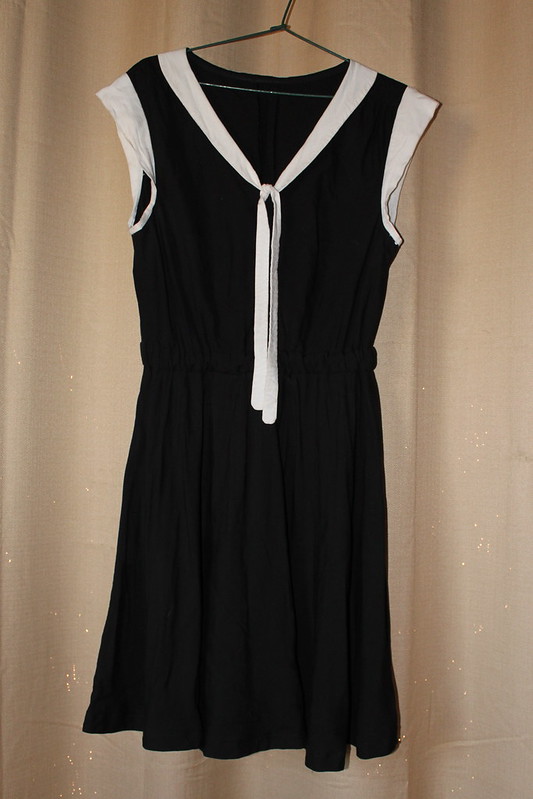 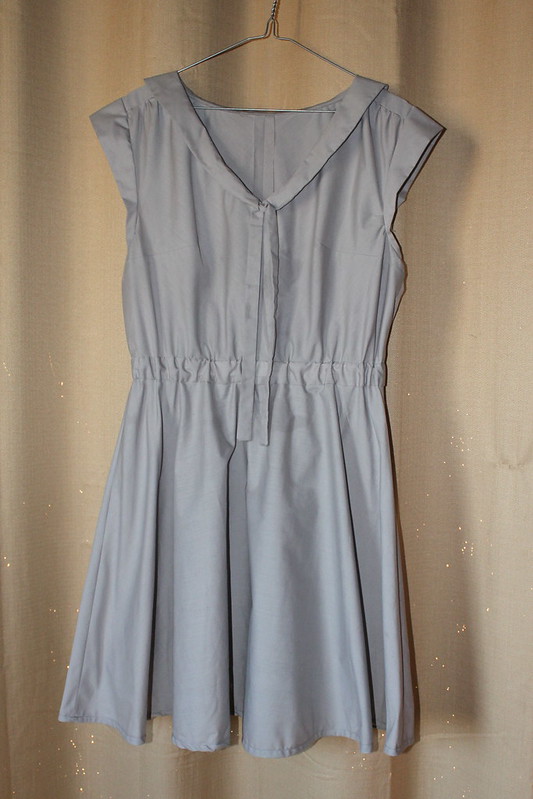 So I think I can call Frocktober a success! It really gave me a nudge in the right direction to get started with the sewing thing again, and also try out some new patterns. So thanks to the organisers of The Monthly Stitch, and also to the contributors for sharing all your inspiring creations!