This is the pattern that broke me … until it was hacked into submission.

I’m Katrina from Offsquare.com and in my pursuit of finding the perfect tank top pattern, I caved in and bought Grainline’s Tiny Pocket Tank pattern.

Oh man, I’m not gonna lie … it was a tough road. This pattern has some quirks and fixing them did my head in. There were several occasions where I dumped it all in a bag and shoved it aside in frustration, telling myself to just forget about it and quit. But how awesome would a great tank top pattern be for the arsenal? I wear them all the time! So, I couldn’t let it go completely. A dog with a bone, I tell ya.

The issues I had were tightness and pulling above the bust and also a weird wrinkling in the body from the bust and darts, down and out to the waist. The latter wasn’t as major as the first, but still drove me crazy and made the top look ill-fitting.

After yet another frustrated shove-it-all-in-a-bag moment, I sent Jen at Grainline an email (this is the cool thing about indie pattern makers) and she replied with this:

It’s possible that what’s happening is that the Tiny Pocket is drafted for a slightly larger B cup than the rest of the line and this is affecting the fit on you. It was the first pattern in the line and I was using a different fit model than I do now. You may need to go up a size in the pattern and then do a small FBA [small bust adjustment?] to take care of the large bust.

Good advice and sizing up was definitely the way to go. That alone removed a lot of the tightness and this might be all some people need to do. But it didn’t fix my wrinkling at the waist.

Then Lisa at Notes From a Mad Housewife shared a fix. Ah, blogging community, how I love thee! Here’s what Lisa suggested:

The biggest thing is getting the dart position right (I had to raise it maybe 1/2″). The other is changing the strap angle. I sliced from the side of the neckline to the armhole, then opened it up 1/4″ or so (pivoting at the armhole). That does lower the neckline, so you may need to adjust that. A lot of people had tightness above the bust, and making that small change did wonders! 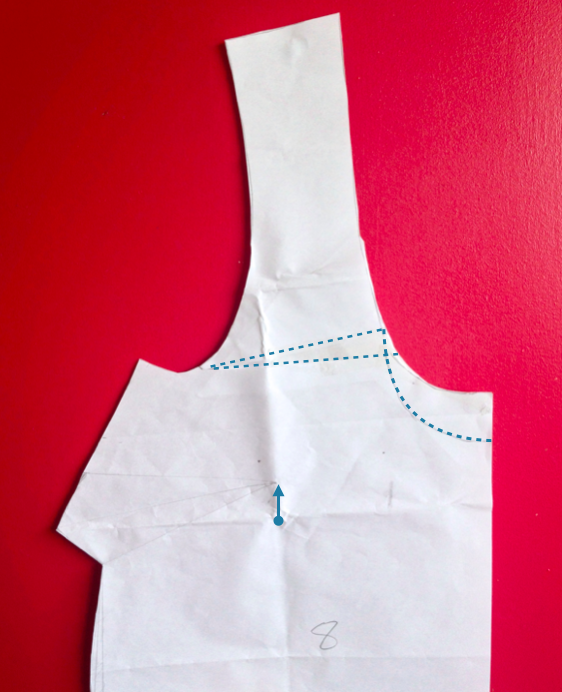 Lisa, you are a legend. So I went a size bigger than the measurements suggested, lifted the bust dart 2cm (using this method by Tilly and the Buttons) and opened the neckline 2cm before raising the neckline. This totally fixed the bust tightness (which was almost eliminated by sizing up anyway) AND the wretched wrinkling at the waist. Two issues fixed in one chop.

I did leave a little of the wrinkling from the bust because I didn’t want the neckline to gape when sitting, but it’s a far cry from what it was and doesn’t bother me now. 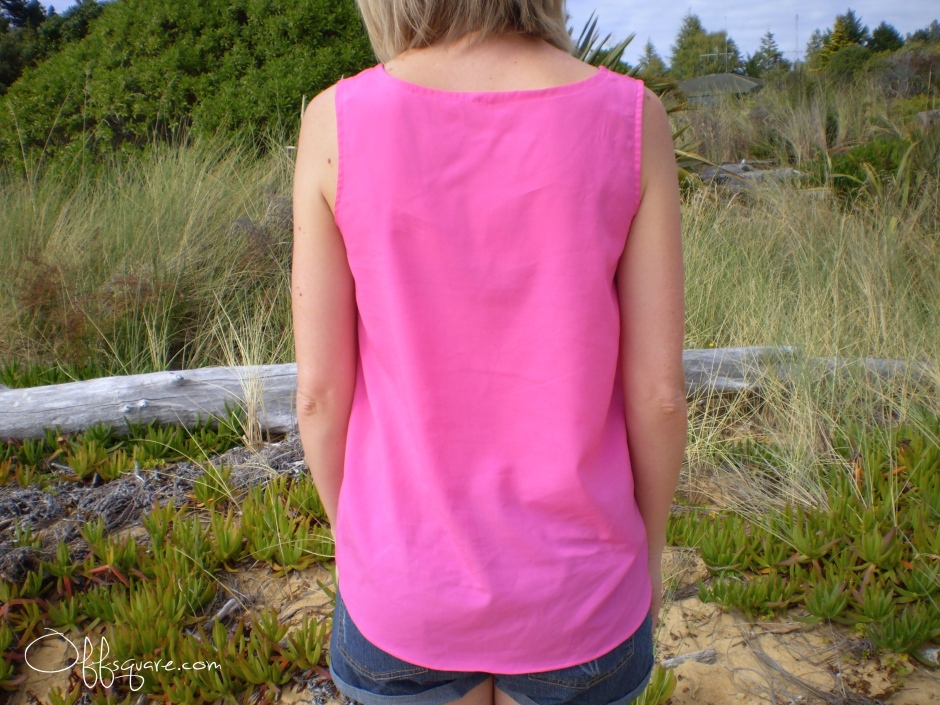 Finally! My ideal tank top pattern. This has plagued me for so long, you have no idea. Hubby got to the point of non-response whenever I called from the bathroom that I thought I had found a fix. He knew I’d be shoving it in the ominous green bag shortly after.

So this top is a badge of honour and boy do I plan on making a pile of them now.

Do I Recommend It?

Only if you are prepared to do some tweaking. I wish I had known about this fix before I started. It would have saved me HOURS of tracing, amending and mock ups. I see the same issues replicated with this pattern all over the blogosphere, so it’s not unique to me, but in saying that, the end result is a really fantastic top that I adore. So it’s a conditional yes from me.

Seriously, my wardrobe is gonna be brimming with these bad boys and it was totally worth it.