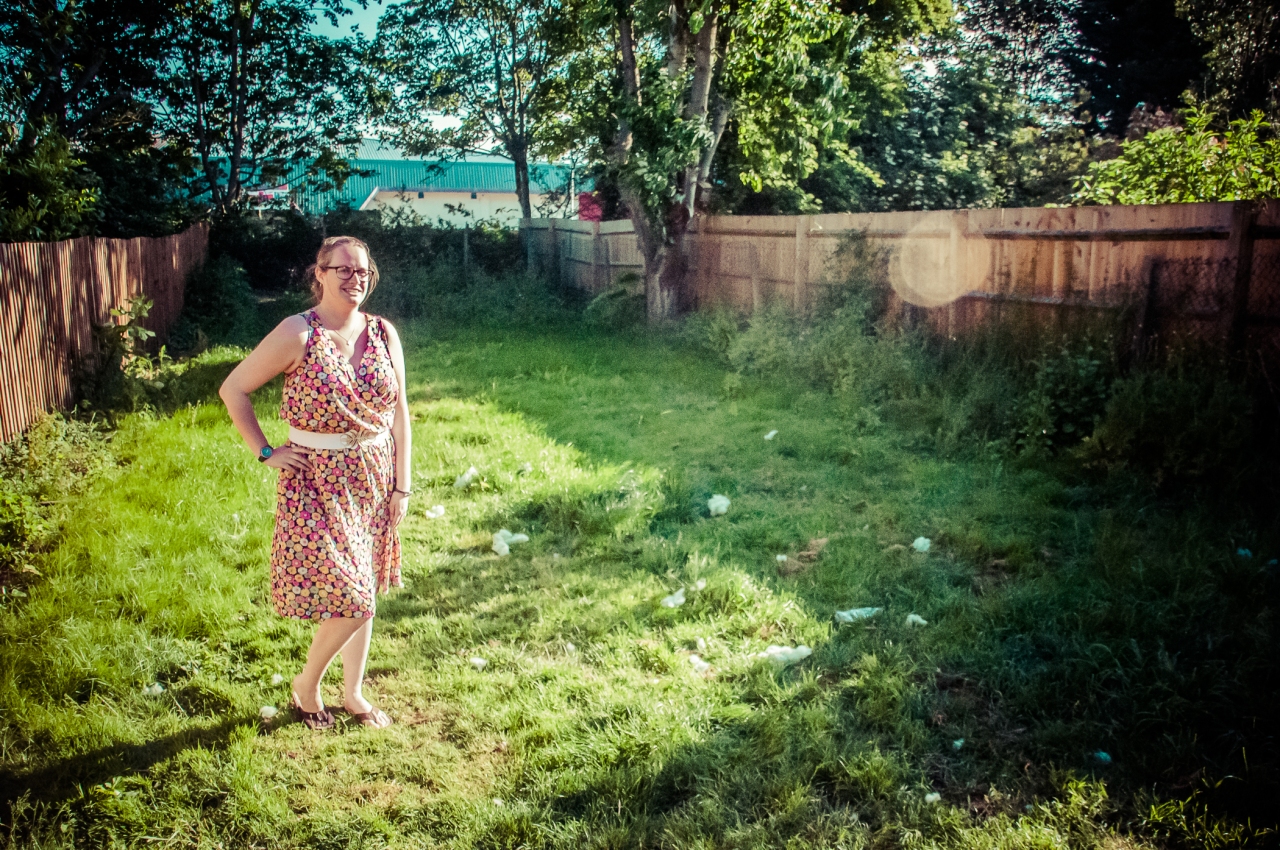 When the contests were announced for IPM 2015 I was excited, so many things to sew! Such a challenge! etc. I’m not particularly experienced using Indie Patterns, the only one I have used before being the Anna dress from By Hand London. So this meant shopping. I spent a whole day browsing the suggested options and finally made a few choices. I’ve been wanting to make a wrap style dress for a long time, but always thought it wouldn’t work because of my bust. The Yaletown had a sewalong with instructions for how to do an FBA on it though, so I thought I’d give it a try.

When my pattern arrived I got started right away. It was easy to do the adjustment following the instructions on their blog, especially if you’ve done an FBA before (as you’d know what sort of thing to expect) and I quickly found myself cutting into my fabric. I always find that the scariest part. What if I’ve cut the wrong size? What if I make a mistake? I never want to waste my beautiful fabric. (I know, I know, I should make a muslin) 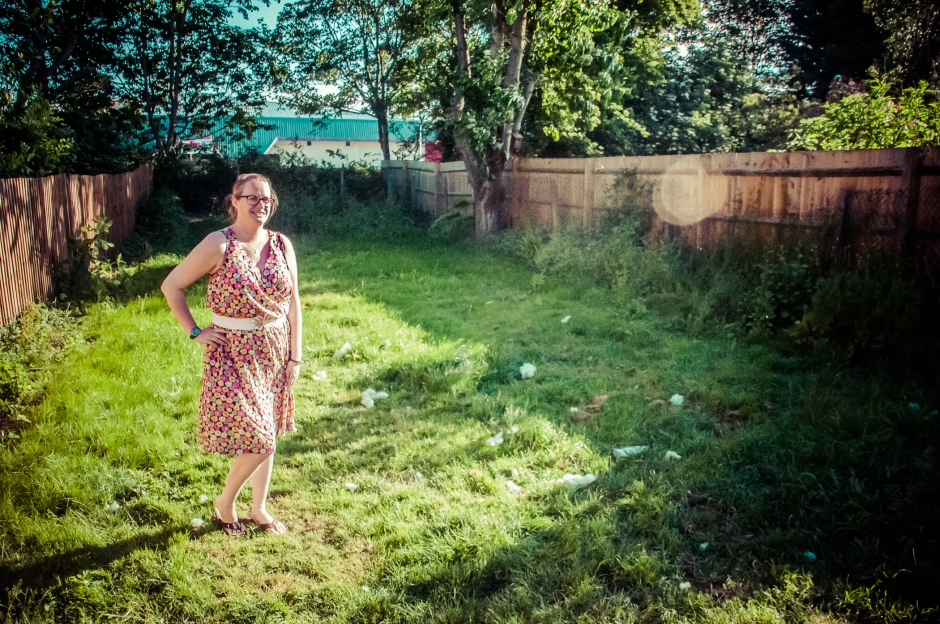 The pattern instructions were really easy to follow, although it does suggest zigzagging your seam allowances, which I didn’t think would give a good enough finish on my fabric because it was the fraying type. So I ignored that and did turn and stitch seams. A couple of times it tells you to finish the seam allowances before you have actually sewn the seams and although it seems weird it is actually for good reason and makes it much easier.

I had initially planned to make the dress exactly as it is on the packet, but when I tried it on to check fit I really liked it as a sleeveless dress. I find sleeveless much more versatile for wearing too, it’s easier to throw a cardi over which means you can wear it into autumn too. So I cut off an inch around the armscyes and finished them with binding. I think that an inch was actually too much, I’d probably do 0.5″ inch next time.

I love this dress and think i will make several versions and some blouses too! I’m going to wear this one simply with flip flops for summer and maybe a cropped cardi when it’s chilly in the evenings. Later in the year as it gets colder I can toughen up that floral print with some biker boots and a black belt. (An aside on the topic of belts; I did actually make the fabric belt to go with the dress, but on the days I’ve worn this so far I’ve tended to wear it without a belt as my thick waist doesn’t hold a belt in position well.) In future I think I will probably add a bit more length to the bodice as I’m quite tall and this dress doesn’t seem to sit quite on my waist.

I’m now a bit of a sewaholic fan, as I expect you’ll see in future posts!

Sorry about the photos, the sun was sooooo strong! Also; as usual I had to have at least a few of my shots photobombed… and I’ll end with the evidence.