So this is me cutting it very fine for an entry to the New to Me challenge…but to be honest I wasn’t sure I wasn’t going to finish in time at all so we’ll call this a small victory.

I received the Sewaholic Cambie dress as part of the pattern swap. My partner did well, as I’d been thinking about buying this pattern for a long time, so I’m glad to finally have it in my pattern collection! I wanted to use a fabric from my stash to make it up for the IPM New To Me challenge, and I ended up settling on a blue and white floral gauze I found in the 2 Euro bargain bin at a fabric shop in Paris when we were there over New Year’s eve. I can get a bit precious about using my ‘special’ fabrics, terrified to use them in case I mess it up or don’t like the outcome, but I had 7 metres of this fabric so I didn’t have to worry too much as I had plenty left over. 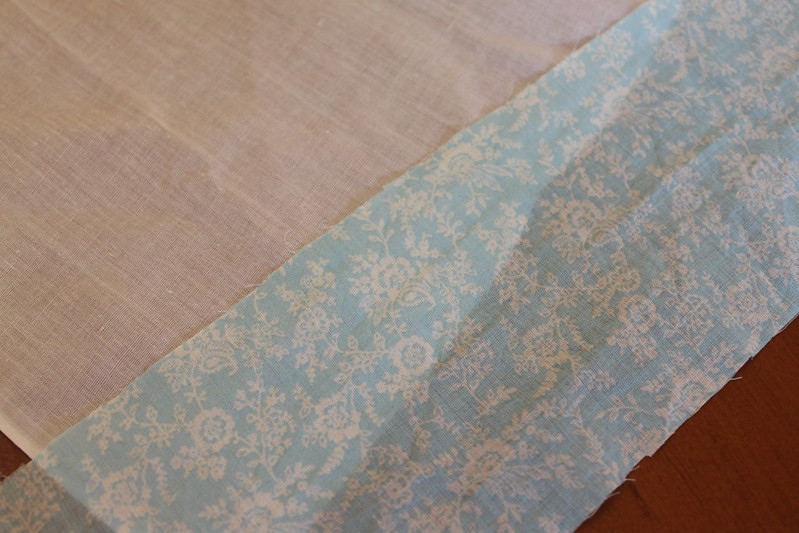 I underlined the main fabric with a cotton batiste, which is almost a gauze itself. I used a cotton poplin blend as the lining for the bodice, and more of the cotton batiste to line the skirt.

I made several muslins of the bodice to get the fit right around the bust. I ended up cutting a size 12 at the shoulders grading down to a size 14 around the chest and waist, and doing a 1 inch FBA as well. I had to tinker with the darts several times after doing the FBA, at first they were on a slight angle so I tried to correct that but then went the wrong way, so it took me about 3 goes to get them right. By this time it was about Wednesday and I knew I was going to start running out of time so I just had to take a deep breath and start cutting my final dress.

I followed the instructions the whole way through and found them fairly simple if a bit basic – there were one or two times I had to pause and re-read something a few times until it made sense in my head. One example was the stitching the lining straight to the zipper tape. I really like the neat finish this gives the inside of the dress and now that I understand it I can see myself using this technique again. 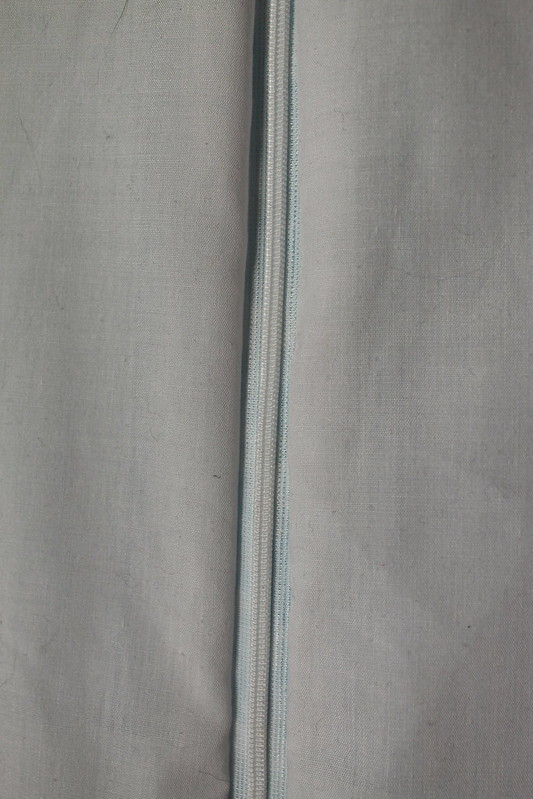 I actually had to use a shorter zip than the pattern calls for as I only had a 17 inch zip to hand, so I moved the top of the zip down a couple of centimetres and put a hook and eye closure at the top. 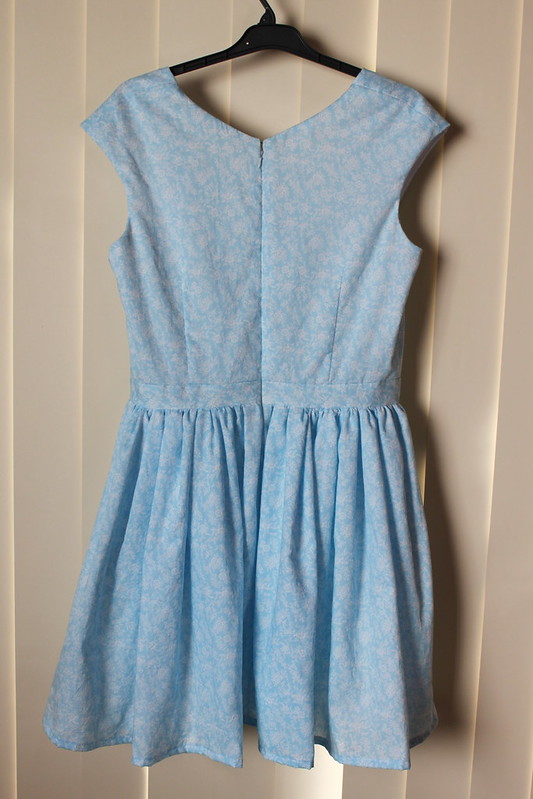 I got the dress about 90% finished by Thursday night, all I had left to do was sew in the sleeves and hem it…but then I gave up on it as we were going away first thing on Friday morning for the weekend. I didn’t think I was going to get it done, but then once we got home on Sunday night I threw myself back into it and somehow managed to get it done! 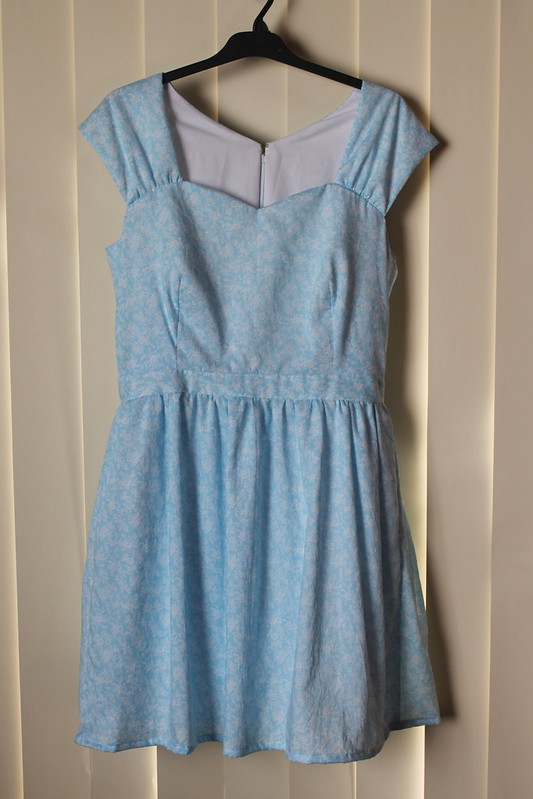 I’ll be honest with you though – it still needs work. When I tried it on to hem I found that the sleeves are about an inch too long leaving quite a bit of gaping at the back. I think this will be fairly easily solved by pulling the sleeves further through the openings in the bodice, but as I’d double stitched the sleeves in for reinforcement I didn’t quite have the energy to unpick all that stitching last night! Also the bust darts still need a bit of attention…they’re a bit pointy, despite my best efforts.

After all this work on this dress it seems a shame I won’t get to wear it for a while – we’re heading into the middle of winter here, so it’s fairly seasonally inappropriate! But it will make a nice little summer dress.

Next time I make a Cambie dress I will try to put less stress on myself – I didn’t particularly enjoy sewing a lot of this dress because I was feeling pressure to get it done in time and also make it perfect. For future makes I will probably omit the skirt lining – there is a lot of fabric in this dress!

Anyways, I must be cutting it very close to the deadline by now! My apologies for the fairly average photos – it was enough of a battle getting these shots with four cats and a two year old all clamouring for my attention after I’ve left them alone for 3 days! (Don’t worry, we left the 2 year old with his grandparents – nobody call community services!) There’s a small possibility I might be able to convince my husband to take some photos of me in the dress when he’s home for lunch, but we’ll see how we go!

Despite this being a slightly stressful sew I’m glad it’s done and looking forward to making more Cambies in the future!

5 thoughts on “A summery Cambie for the winter solstice”