I’m cutting it close with this last entry.

I honestly was doing a teensy bit of unpicking the minute before these pictures. 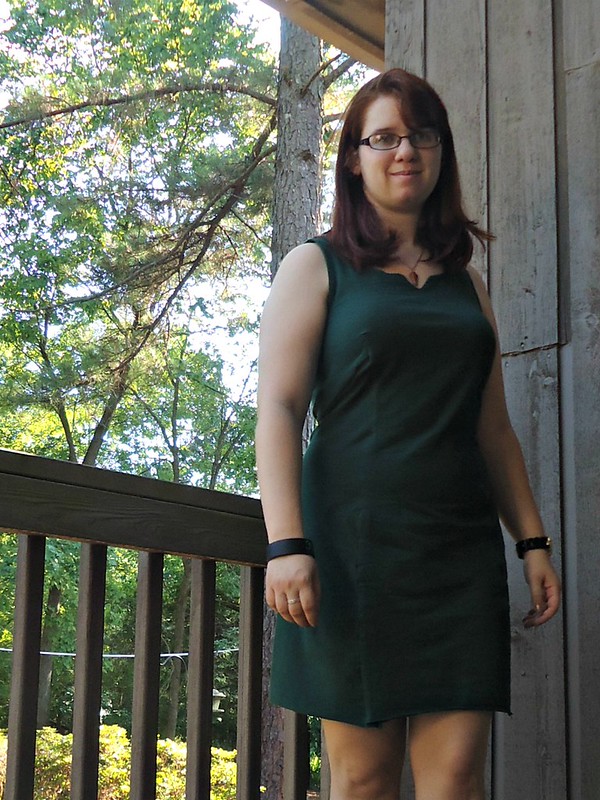 This is the Dandelion Dress, from Seamster Patterns, to match with my Dandelion top from Separates week.

Twist though… It’s made out of jersey. 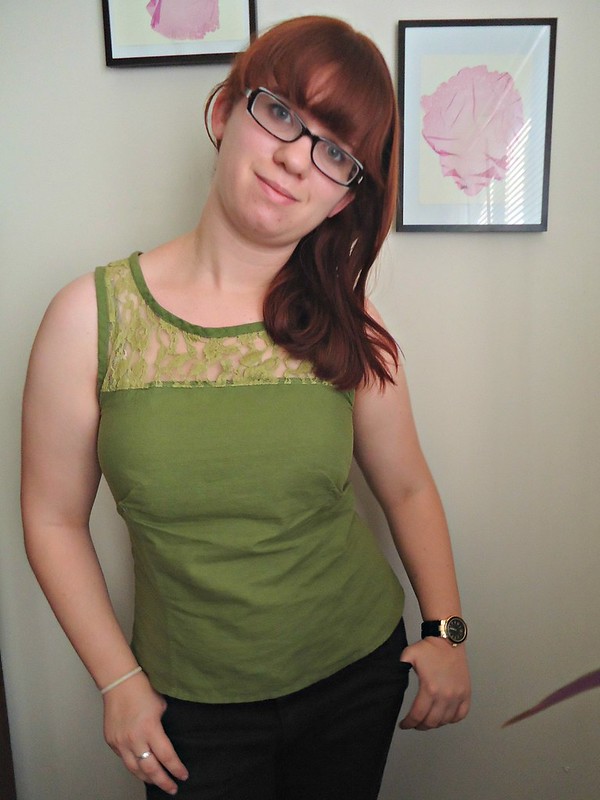 The first one was made out of linen and lace for Separates week, and I started with a size M and took it in a bit, ignored a zipper, changed the back yoke shape, and took a few wedges out to remove armscye gaping. I might have needed less alterations if I used a more stable fabric for the yoke, but I love the lace.

Let me start by saying that I love this pattern so much. However, I really wanted to make it out of a knit fabric that was stretchy. And that meant muslining. I went through three muslins before getting to this point.

And this version still took a bit of fixing. 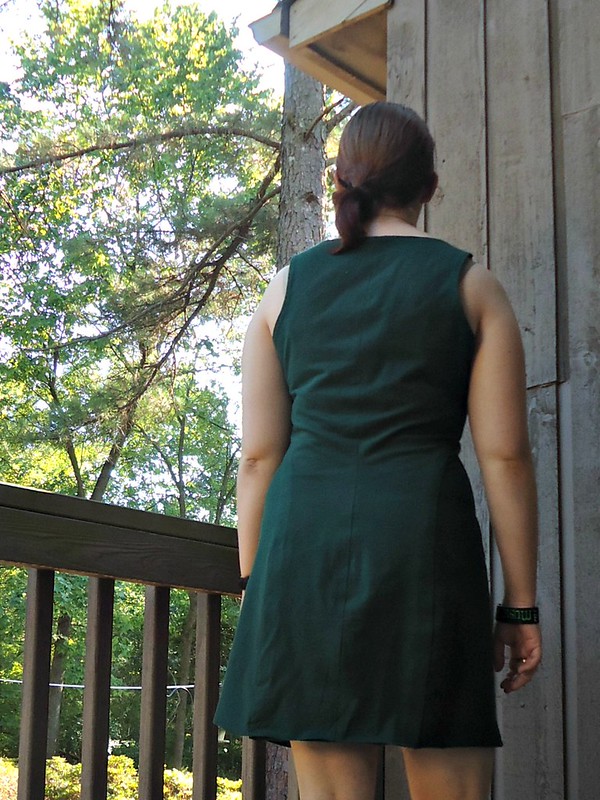 First I started with the 2XS size of the blouse, since it was the smallest. It fit nicely, and I only needed to add a bit more swayback and curve to the hips. At that point I decided to mostly line the dress, so I also had to add seam allowances.  The only part that isn’t fully lined is the side panels, but otherwise its completely doubled to have nearly no outside seams, only at the shoulder.

My next muslin ended up nearly perfect, so I made the dress version, by first combining the yoke and body segments, and then using this 2way stretch fabric. It was snug in the right places, and loose in the best places, and so I moved on! 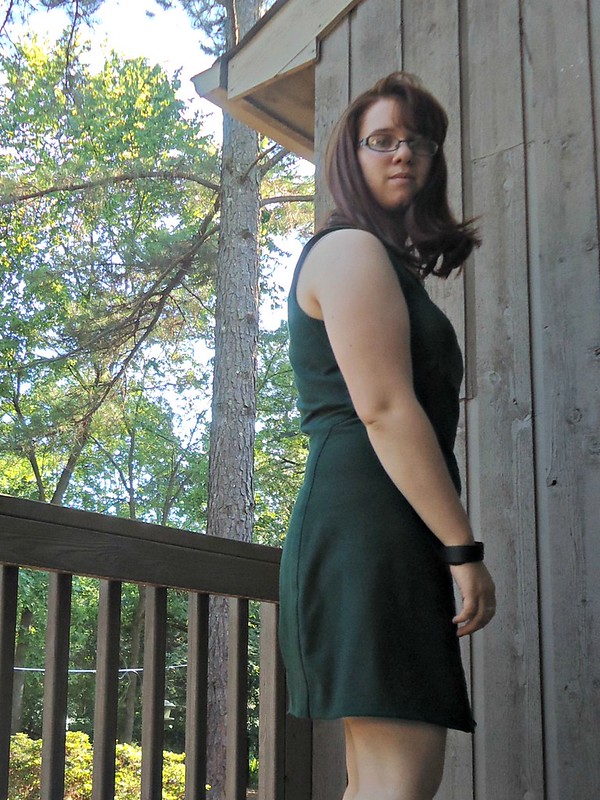 Then I got to the version here, with a nice forest green four way stretch that’s probably a cotton/lycra mix. I made it up just as my muslin, only lowering the neckline a smidge, and adding the cut out, and it was oddly loose and frumpy. I took it in all the way around the side panels, and also a bit around the bum. There was a bit of funkiness around the top of the side panels and so I had to put little vertical darts in to fix that. And I’m looking at that hem with suspicion in the pictures. I never finish knit hems, but this one might need some TLC.

But I love this dress! So much! And once again, I’ve made it to be a secret Disney cosplay… This time its Merida. I wanted to curl my hair all crazy, but I ran out of time… And brainpower. 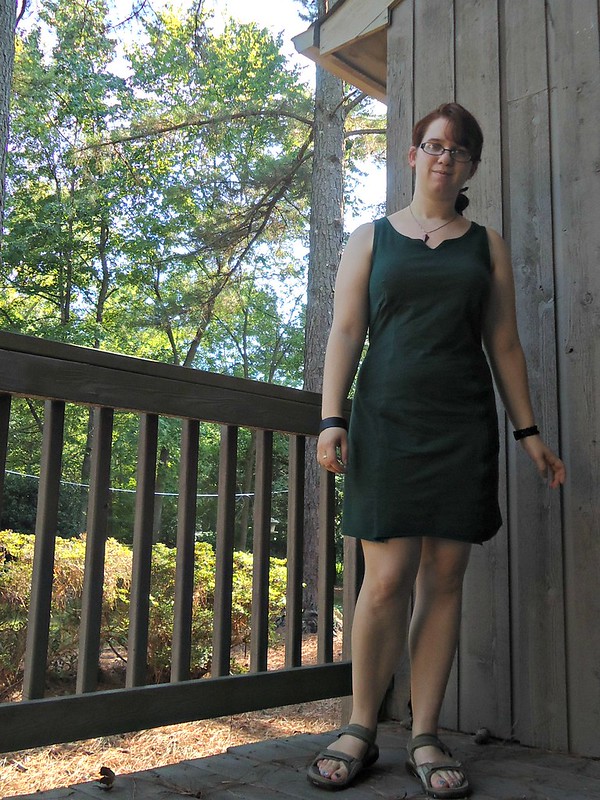 So there’s my last minute input for One Pattern Two Takes! If you want to see my blog, click here!

Thanks to the Monthly Stitch editors and all the IPM posters! It’s been great reading all the posts!