I made this dress to wear to World of WearableArt (aka WOW). A simple pretty dress just wouldn’t cut it. There needs to be an extra level of, well, WOW!

I thought hard about what I could make, I didn’t want to put a heap of effort into a dress I could never wear again and I only had 2 weeks!

While I was hunting through patterns and fabric stash I picked up the Sew Over It Betty dress pattern that was sitting in my sewing queue. I had already paired it with the retrotastic Riley Blake Geekly Chic Cameras while thinking about this challenge. I realised it would be perfect as a start – cameras and fashion and all that – and I decided the extra WOW could be achieved with some sort of fascinator…perhaps with little cameras all over it to match the dress. 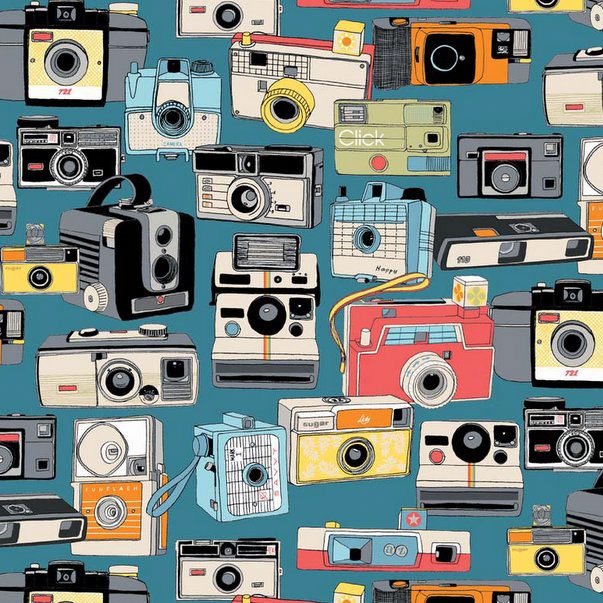 I started with the dress first – this was my first Sew Over It pattern and I really love the instruction illustrations. They have a sweet hand-drawn look but are really clear. I especially like the use of pattern and shading to show the different sides of the fabric. 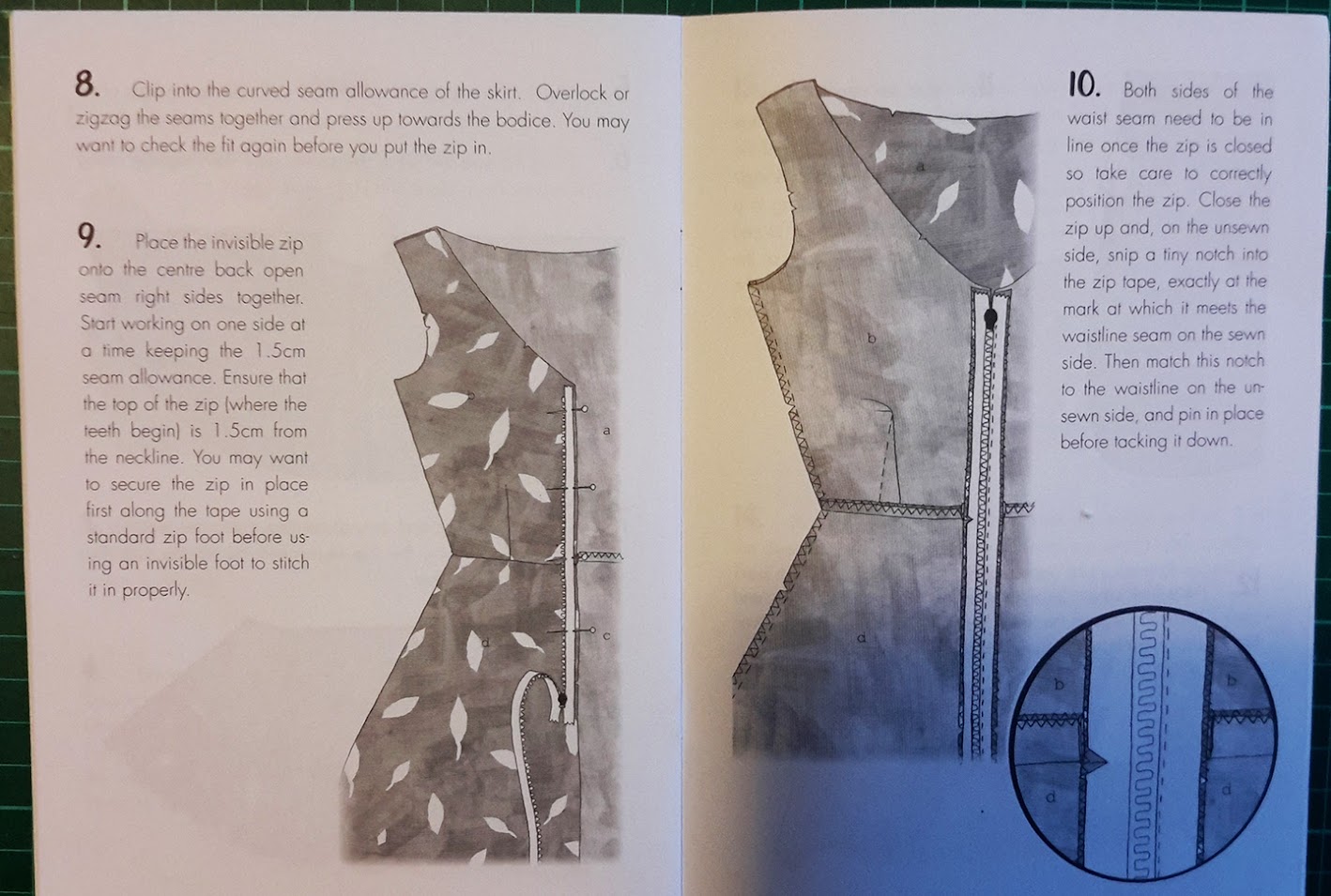 After I traced the pattern I reduced the fullness of the skirt, checking it against my Colette Hawthorn pattern piece as a guide. I folded the extra fullness out of the center then corrected the waist line, flat pattern measuring to check it still matched the bodice. 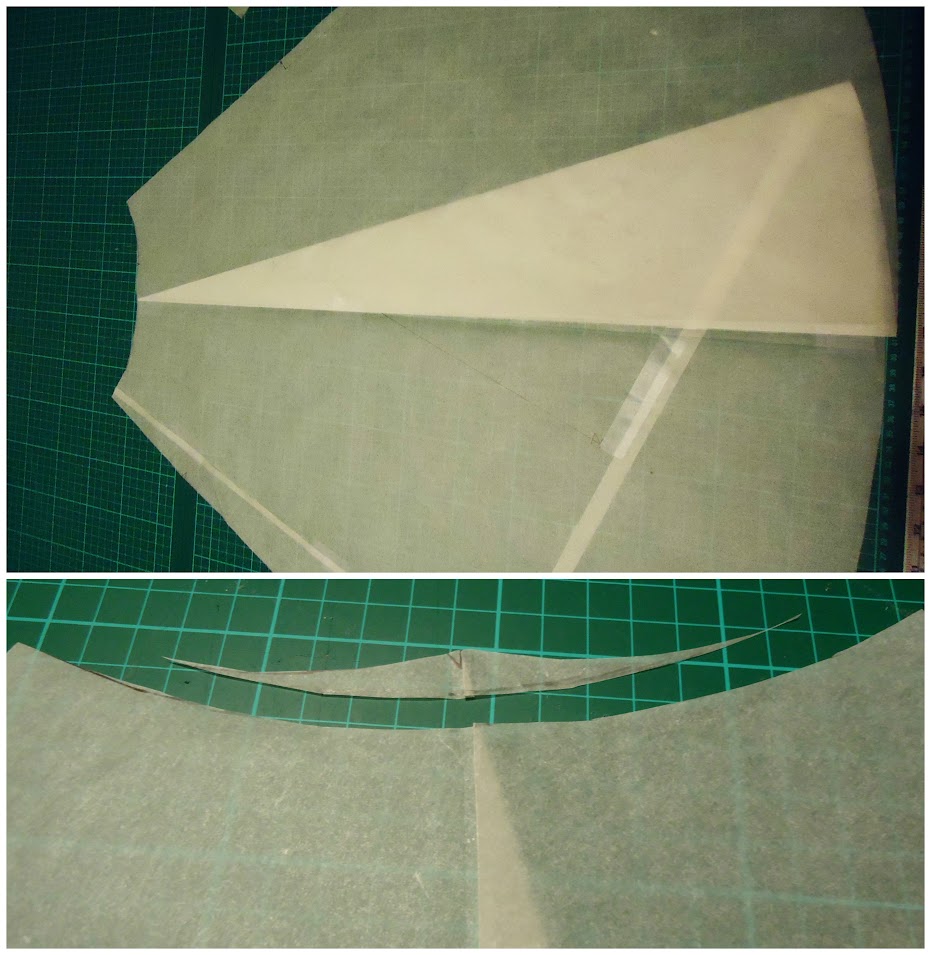 I used my new favourite sewing notion, fusible stay tape, on the front and back neck opening. This stuff is seriously great! I have 4 rolls all half inch, a black and white in knit and a black and white in woven. It’s perfect for stabilising the fabric edge before inserting zippers too, you should go buy some.

I assembled the front and back of the dress first, then I stitched the side seams so I could adjust the fit later. The facing went on last and I like the clean finish on the armholes/shoulders. 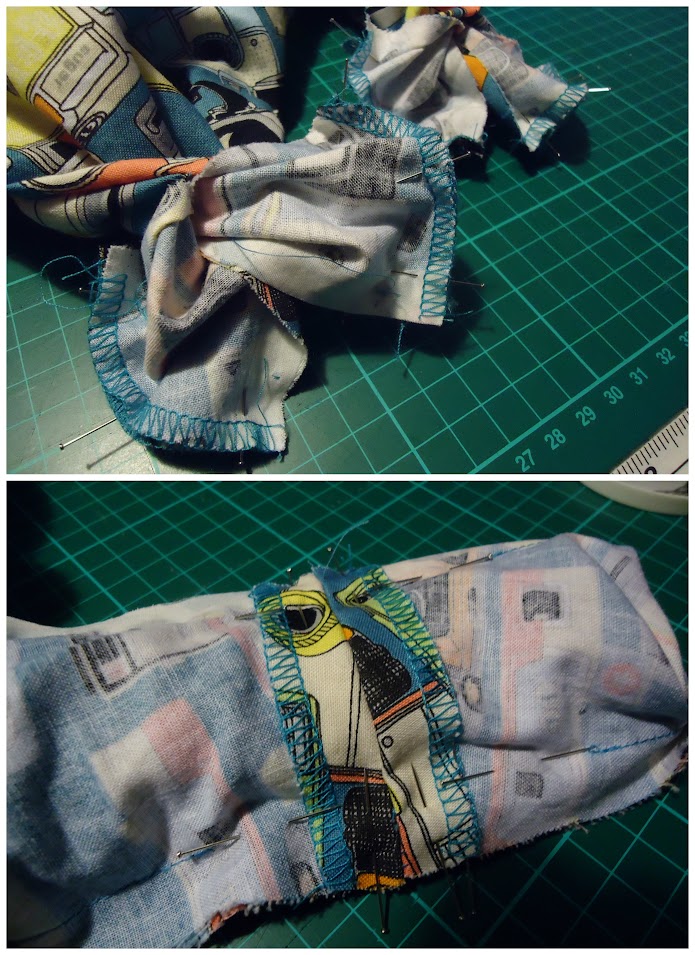 A week before the show and my dress almost finished I decided I would need more floof and went on the hunt for a petticoat. Long story short, I bought the “Value Swing Petticoat” from Let’s Jive in light blue because the price was right, I liked all the colour options and they are located just up the island so promised I would receive it in 1 day by courier. It did arrive as quickly as promised and while it’s not the softest most luxurious petticoat the floof-per-$ factor is impressive.

After I pressed the hem and trimmed off some excess I discovered it was a bit too short…ok, a lot too short! I’d only left about 4.5cms to play with so I re-trimmed the hem neatly as long as I could and to maintain as much of that length as possible I used Hug Snug Seam Binding. 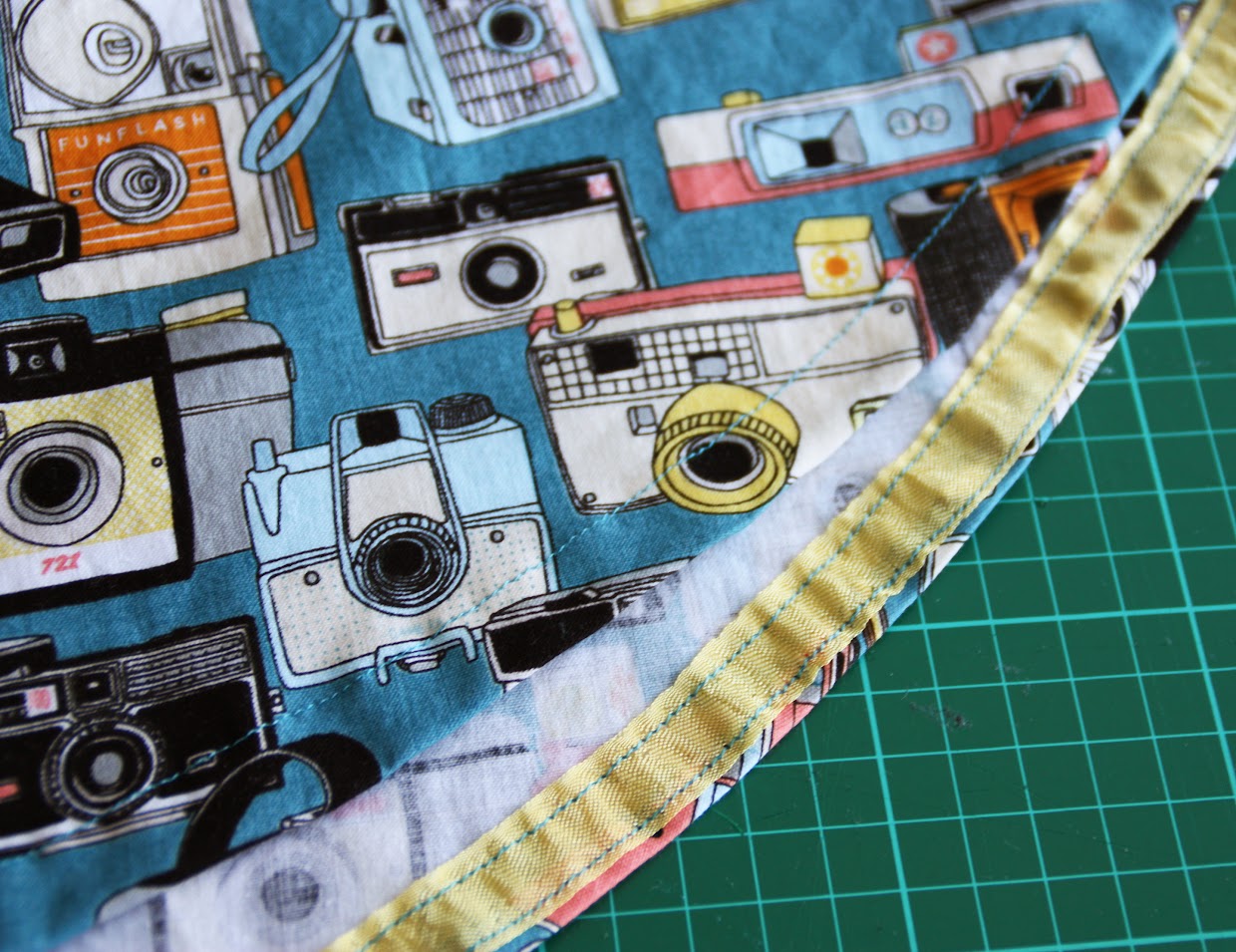 I stitched this on as close to the edge as I dared, pressed up and stitched the hem. Hug snug is perfect because it’s so light weight and the woven edge won’t unravel. I also get a sneaky bit of yellow hidden inside, it totally matches. I need to buy more, all the colours! 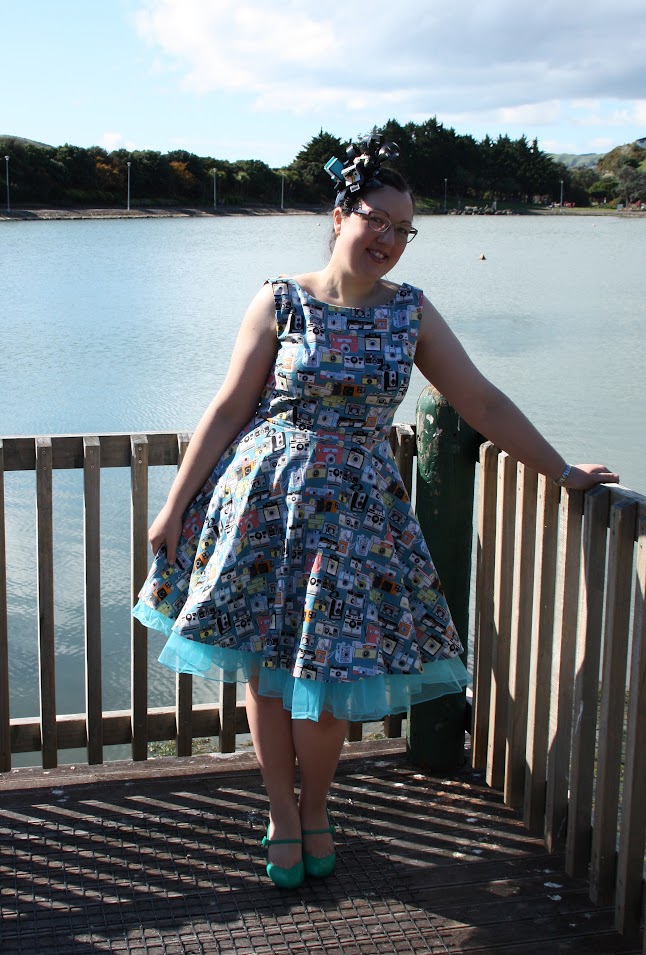 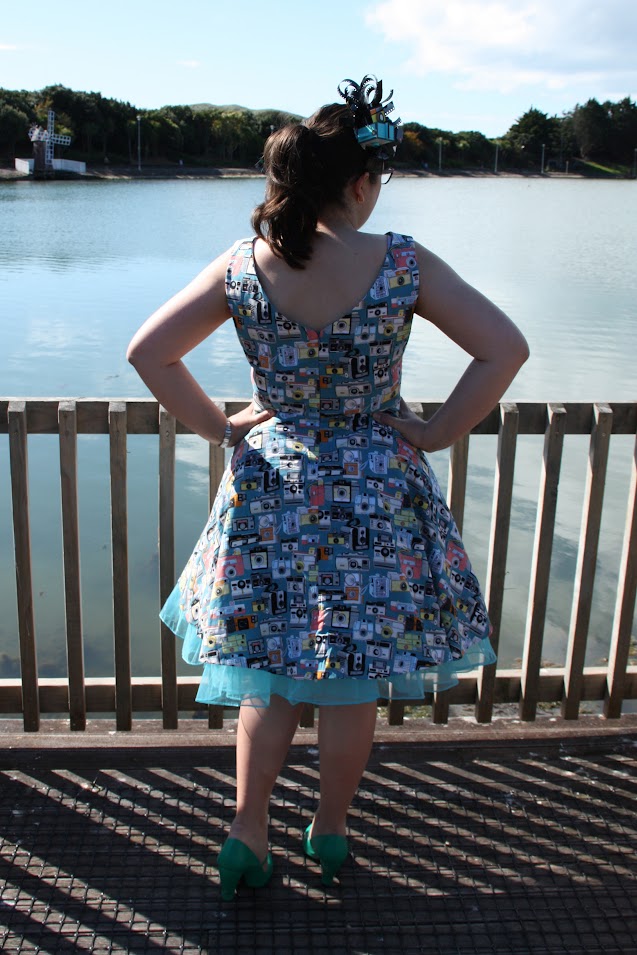 These photos were taken at Aotea Lagoon where there are lots of great photos spots.

I’ll be posting about the fascinator on my blog shortly but if you’d like more details and to hear my thoughts about WOW check out my blog post here.