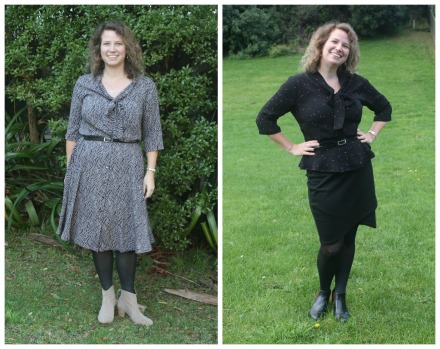 Not quite a susurration, more like a flutter, but I liked the alliteration this gave!

This pattern is turning into a fave of mine. I’m not particularly quick at making it up, but that’s not really an issue. This is Papercut La Sylphide and these are actually my third and fourth versions. Versions one and two were both dresses. The fabric for the dress I got from Spotlight one day on a whim when I got annoyed with one of the staff! As for the fabric for the blouse, The Fabric Store had a VIP night the middle of May and this called out to me. 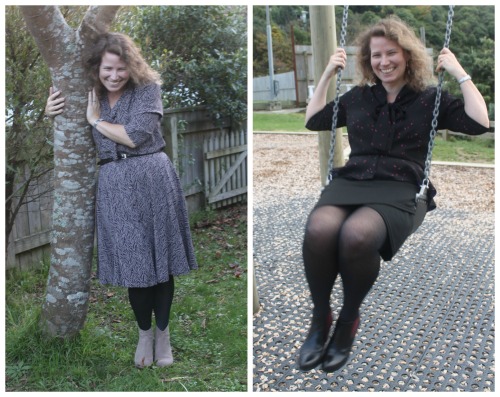 The second time I made up this pattern I did a small FBA, so I have a tiny bust dart as well as the waist darts. I did this with these versions too. The rayon wasn’t wide enough when cutting the skirt, so I decided to piece the corners. By the time the skirt had hung for a couple of days, I practically cut that pieced corner off! 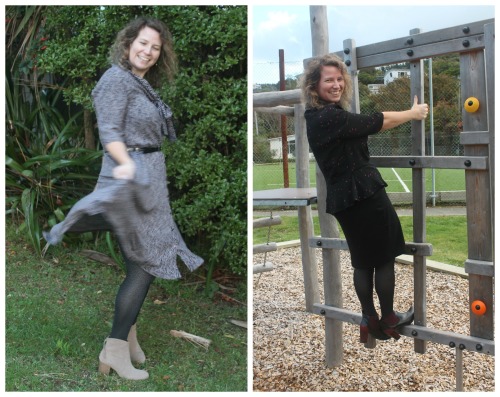 For the dress I made the bodice up, then the skirt and attached the lot as per the instructions. I had to take in the waist by about four inches when I first tried it on. For the blouse, I attached the flounce to the front and back before sewing up the side seams. That was a much better way to fit. 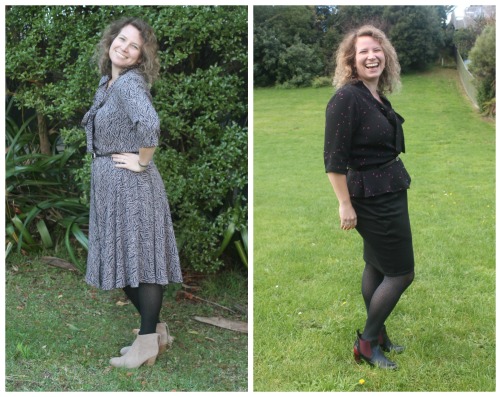 The dress I thought I’d try some #sewingwithhammers

and added poppers, whereas the blouse I bought these matt black buttons. I originally thought to use bright pink thread for top stitching and pink buttons, but hey, I think the black is better.

The details
Fabric:  Dress – rayon from Spotlight, May 2016; blouse – poly crepe from The Fabric Store, May 2016
Notions:  Thread, interfacing, snap fastners for the dress and buttons for the blouse
Pattern:  Papercut La Sylphide, dress and blouse variation
Changes made:  A very small FBA and I lengthened the skirt for the dress by about 8 inches!
First worn:  Photos here out in Tawa, Wellington. The blouse has been worn for work already though! It’s worn here with my Lindy petal skirt I made last June for IPM.

Another one/recommendations:  I would have thought the fact that I’ve made this pattern up four times now is a good enough recommendation

It is a great pattern, the instructions are clear and easy to follow. I really love the paper the pattern is made from and the packaging is a tough card box shape. I thought initially that the blouse peplum would make my hips look enormous, but I don’t think it does and it makes me feel good when I wear it! It’s not the fastest make ever. Attaching the tie collar can take time to make sure it’s neat and tidy, but it’s definitely worth taking that time. Have I convinced you?

For more photos, including outtakes, visit my blog 🙂

6 thoughts on “Two takes – a susurration of La Sylphides”