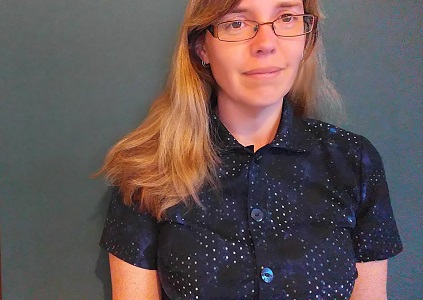 Ok, I’m going to speed write this post as I’ve literally just taken the last photo of my latest project and I only stitched my last stitch an hour ago. Here goes…

There are many indie pattern companies that I have yet to try and I have a number of patterns from them in my stash. I was having difficulties whittling it down. I was thinking originally about the Nettie Bodysuit from Closet Case Patterns (yes, I have yet to sew a single thing from this company) but my lack of working overlocker put paid to that idea. I then remembered the pattern I received from my #stitchingsanta parcel. It is from IPM sponsor How to do Fashion.

The pattern: I was given the #no. 8 Svaneke pattern and thought this was perfect for the challenge. The pattern includes a simple gathered skirt and two tops. I went for variation 1, a button up blouse with a flat collar and a peplum. I always need smart blouses for work and I thought this would fit the bill perfectly. 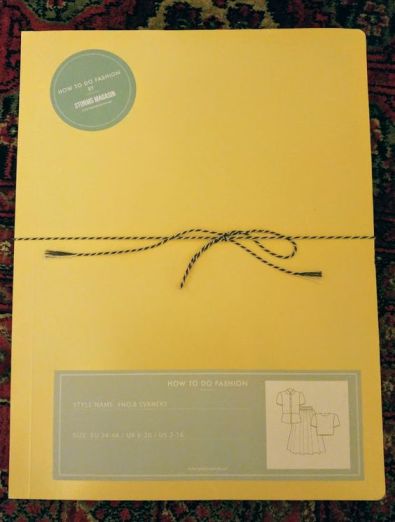 The pattern comes in lovely packaging and it is printed on thick paper. However, it is printed two sided so you have to trace. Also, it does not come with instructions. You have to go to the website to get those. The instructions are on the brief side but I followed them ok and everything worked, so they must be good! 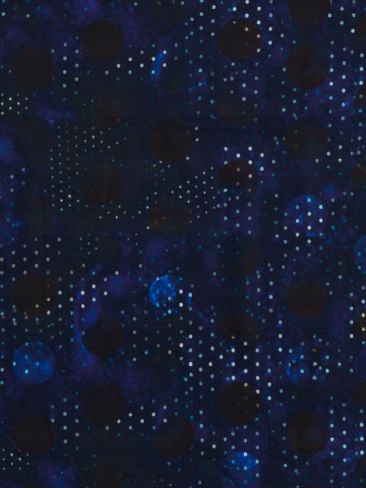 It is a lovely lightweight cotton lawn that I bought a few months ago from Fabworks. It’s called Dark Side of the Moon and I’m afraid it’s sold out. I must have got the end of the bolt because I ordered the last metre and I received about a metre and a half. Thanks Fabworks! I bought it without a project in mind, I just had to have the fabric. This pattern works perfectly with it. I also needed 5 buttons.

Alterations/design changes:  For my dress in the last challenge, I said that it was the first time I had to carry out an FBA on a pattern. Well apparently I have big boobs because I definitely had to another FBA for this. Thankfully I made a toile (in a UK size 12) and found the fit was lovely across the back and shoulders but wouldn’t close across the bust. The FBA was straightforward to do but this make took a little time to get going because of all the fitting work.  I also found that the bust dart was far too high for my saggy boobs. I had to lower it by a whole inch! 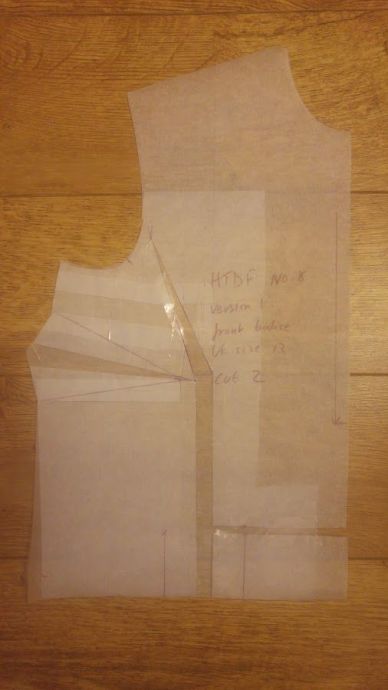 Other issues: Apart from my own incompetence I didn’t really have any issues. Everything was going swimmingly until I realised how little time I had left to get this project finished. I ended up unpicking a buttonhole twice which was such a pain. The first time it was on a wonk, the second time I managed to get the blouse caught underneath it. It was painstaking to unpick but that’s what happens when you rush.

The only other (non) issue was that this pattern comes with 1cm seam allowances rather than the usual 1.5cm. Some people prefer this but I like a bit of leeway with my seam allowances. However, setting in the sleeves was easier with the smaller allowances. 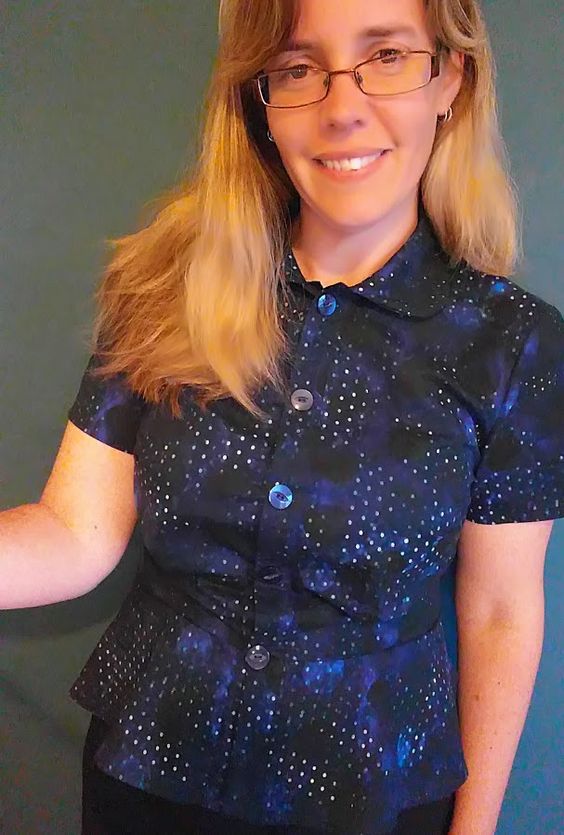 I’m so pleased with the fit I’ve managed to achieve with this blouse. I have no gaping across the bust at all. It’s also given the illusion that I have an hour glass figure with the tight waist and the peplum. Rather than darts it has pleats at the front and back which gives a lovely billowing top! 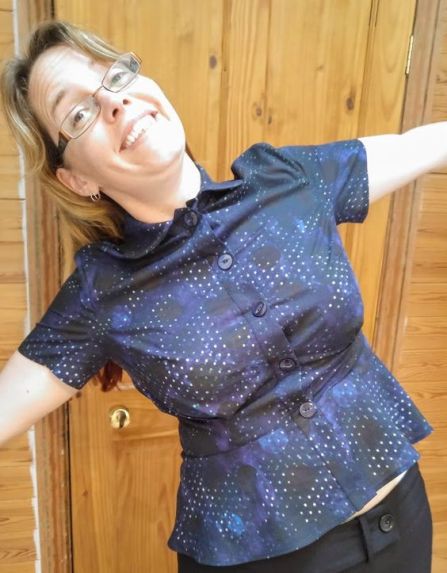 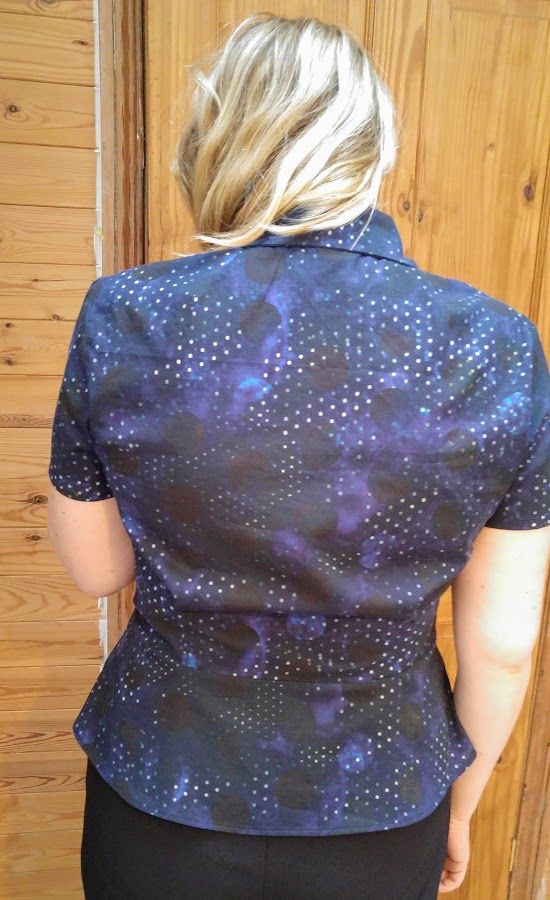 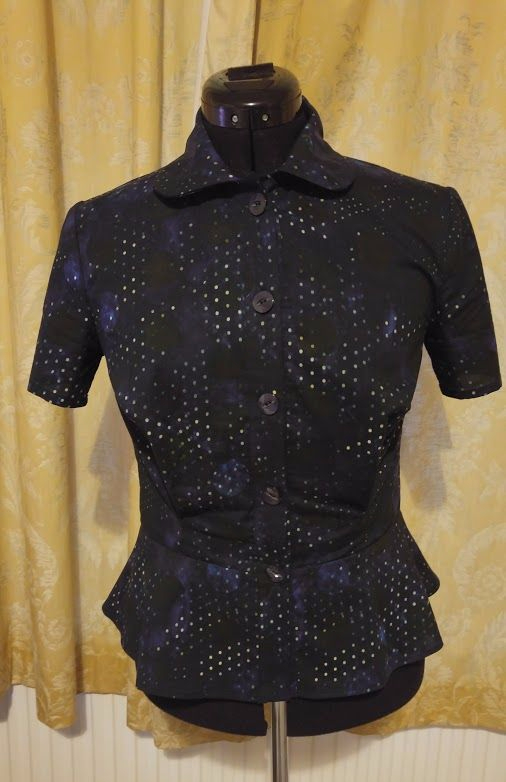 I really like my new top. It’s really pretty without being too girly. I love the pleats – it makes a nice change from the usual darts. It’s also very comfortable to wear and I have full movement in my arms which I don’t have in so many of my woven makes. Regardless of where this project comes for this challenge, I have got a lovely new top out of it. That’s what it’s all about isn’t it?