Hello Monthly Stitchers! I love it when my email fills up with lovely Indie Pattern Month Makes:) Yay!!! Alrighty- this is my Made By Rae Ruby Dress. I’ll start by saying I’m a complete copycat. I had this fabric with trees and animals that I loooooooved so much, but could never cut into it- mainly because the selvage was so dang cute– It’s got birdies on it!!!!–I have a HUGE weakness for birds on fabric…And then I saw that the Rae Hoekstra’s dress image for Ruby USES the selvage! Mind. Blown. Now I realize, with this new mindset, I could have sewn up any dress pattern, and just not sewn the hem on it, but I get a little obsessed sometimes with things- and this dress became the ONLY pattern I felt would work with my precious (insert Gollum saying “my preeeecious“) forest fabric. 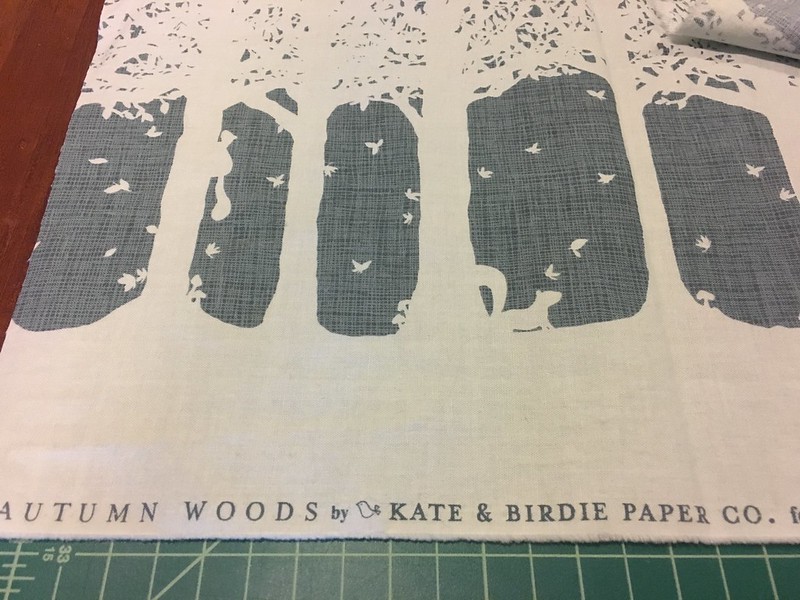 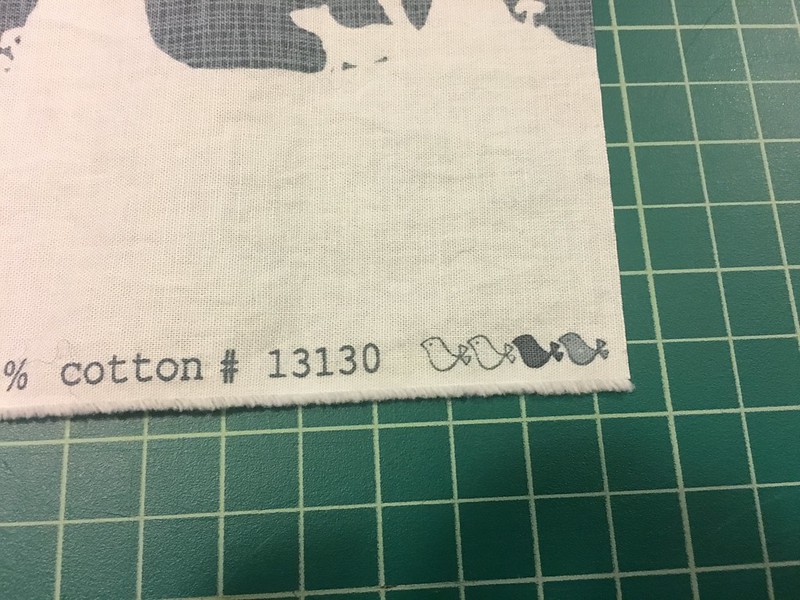 Okay, moving on from my infatuation with this fabric, let’s talk about my copycat tendencies! The Ruby dress pattern picture has a lacey/eyelet type yoke- and I swear, I really did try and find some other neutral fabric in my stash that might work, but I had nothing…but what I did have was a 15 year old dress in the back of my closet that never quite fit right–made out of eyelet fabric- Score!! That thing is getting ripped up! Aaaand at that point I realized, there’s no denying, I’m pretty much just making a copy of that Ruby dress–well, let’s call it fan fiction:)

Here’s the dress–I remember buying this and thinking, boy this doesn’t fit very well, but there are flowers on it, so, yep, I must purchase. 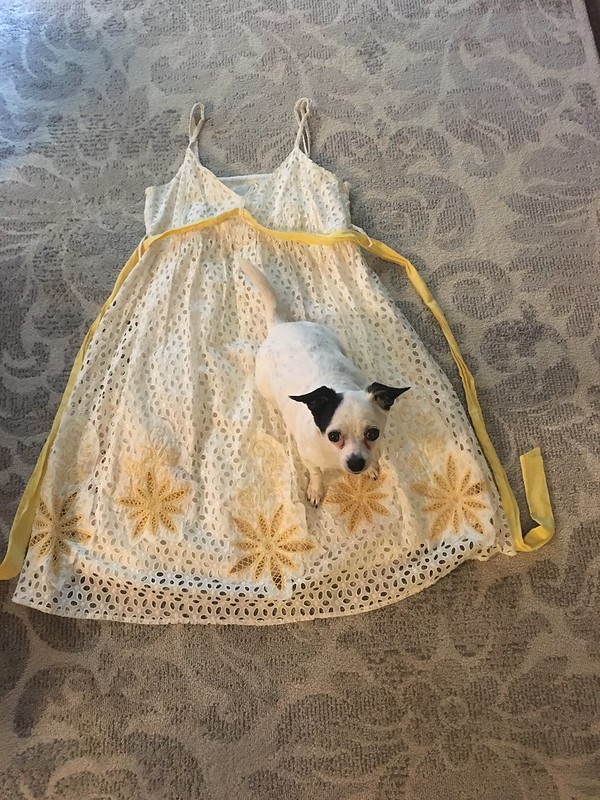 Everything is cuter with a chihuahua. Also, if you put something on the floor, she sits on it within 3 seconds.

Okay, so I cut the top off the dress, then basically used the lining and the eyelet to make the yoke–easy peasy. Surprising actually, since, once I got the dress out and was ready to cut into it, I realized that I’ve never actually up-cycled anything before and had no idea what the crap I was doing. But just forge ahead! Apparently that’s my motto in sewing– 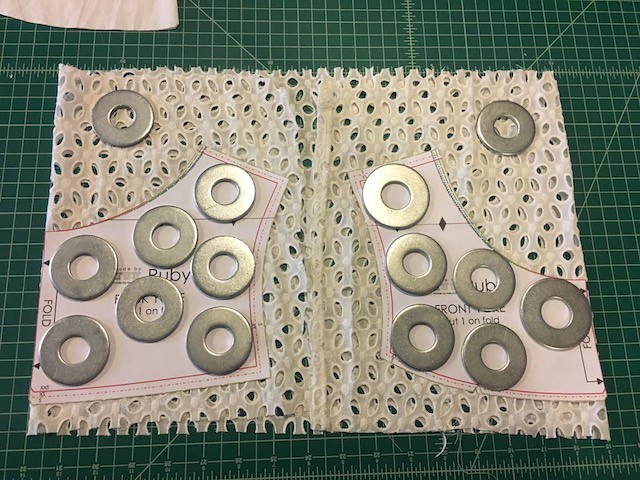 I did add a little bit of width to the sides –I was cutting a Small and it’s suggested that there should be 4″ of ease in the hips–the Small finished measurements are 43″–and since my hippies are a solid 40″–I moved the pattern piece 1/4″ from the fold for the front and back to give me a nice 1″ total. (I know I sound so mathy here, but it’s literally spelled out for you on the pattern–but I did sound so smarty pants there didn’t I?) 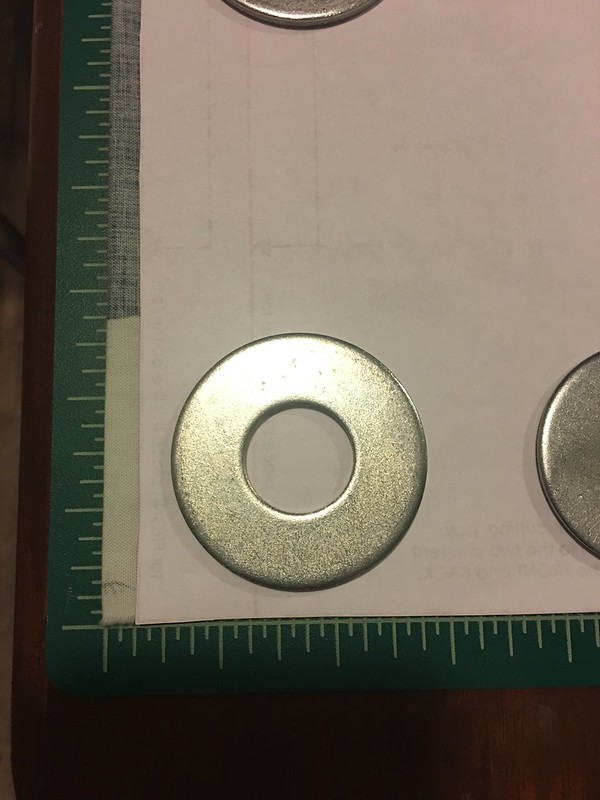 So then, I sewed it up! Pretty straight forward–I did end up making my own bias tape–I had trouble finding a matching white–they don’t sell “15 Year Old Dingy Party Dress From the Back Of The Closet White“–so, you know, I had to use some of the lining to get that exact match—-Oh, I have to say, there are some instructions in the pattern for making bias tape, and I found them to be the easiest and simplest that I’ve ever come across. I’ve always had trouble with making bias tape for some reason, but this makes me want to bias tape my entire apartment. Really awesome instructions fyi–

Good Gad, let’s get to the dress– 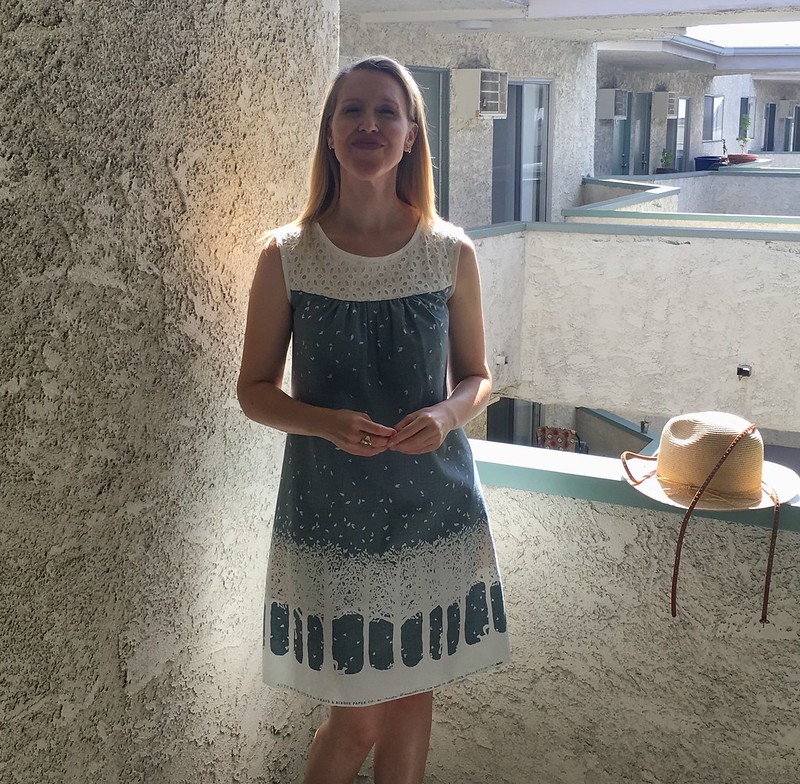 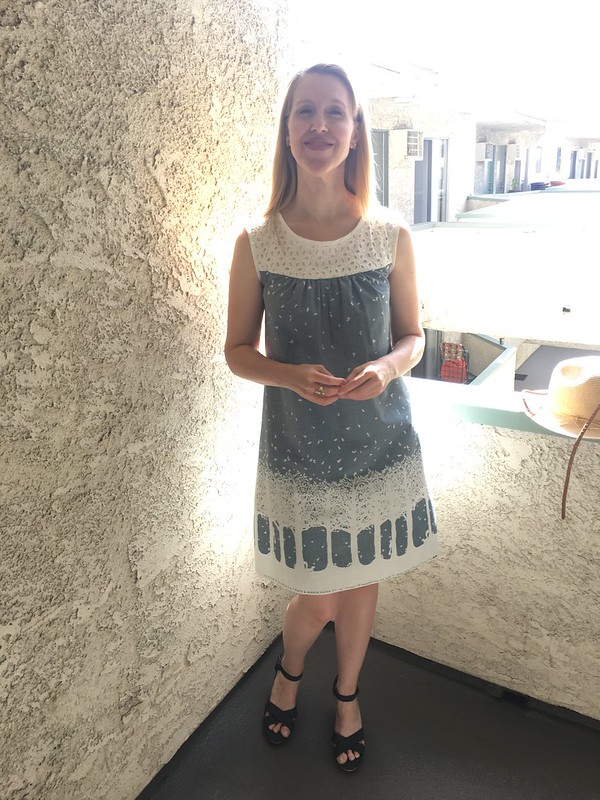 Doesn’t it look like there is some sort of medieval light going on behind me here? I think I’m about to become an angel! 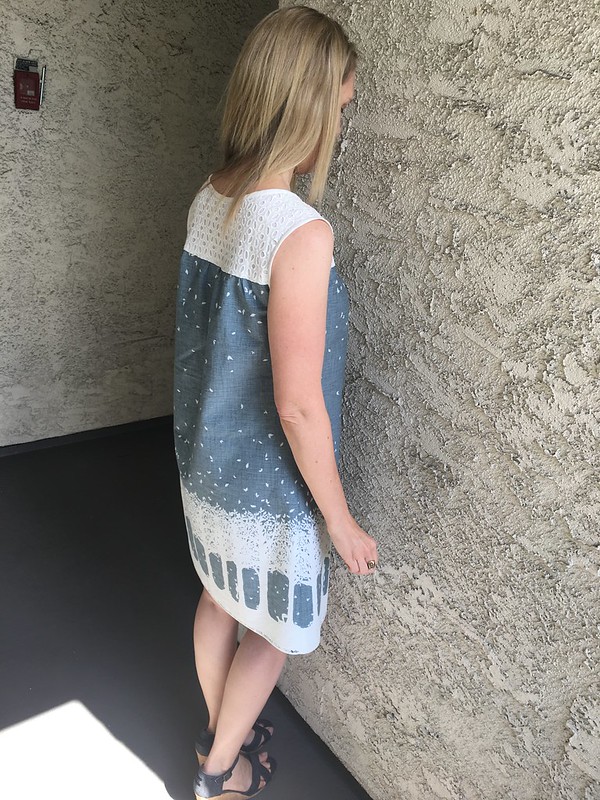 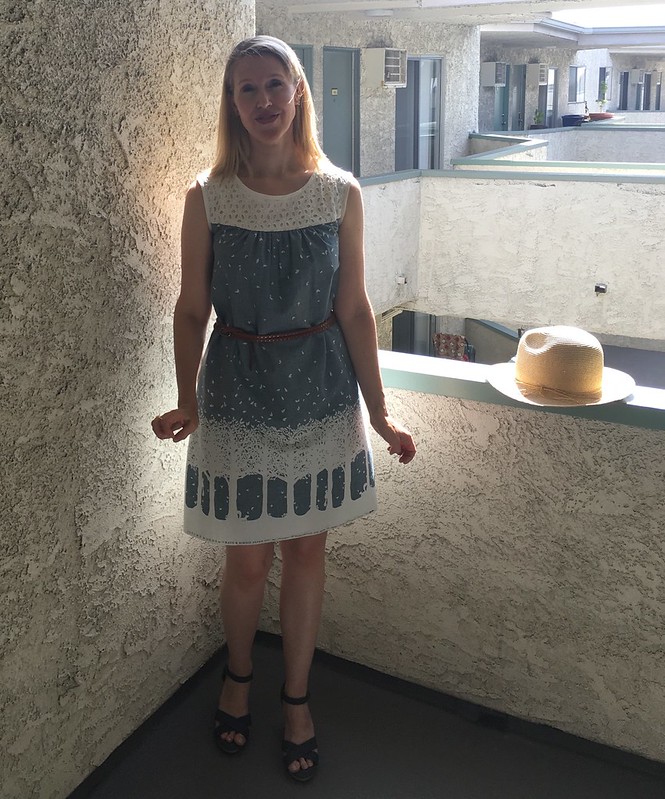 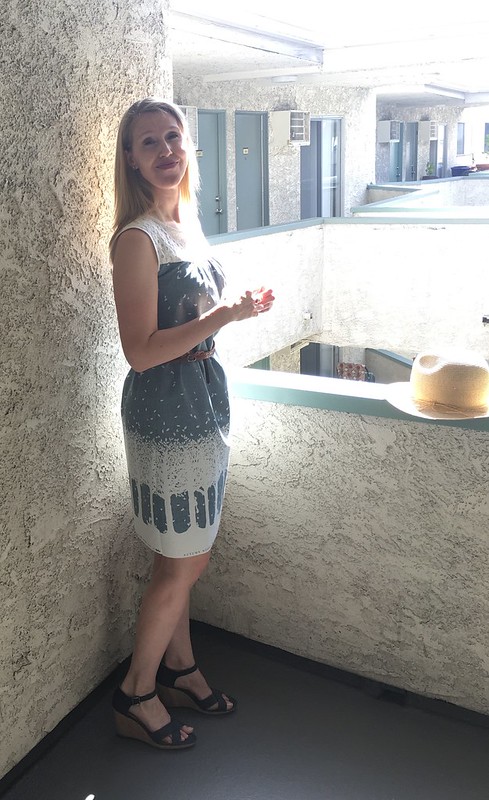 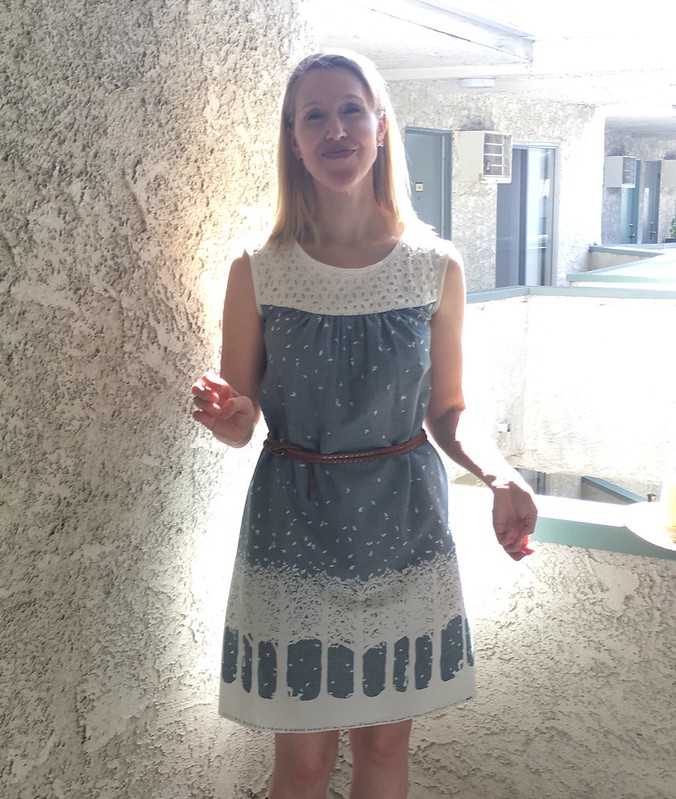 Ahh, I’m pretty sure my wings are coming any second now…

Soo, super fun make–I get to wear forest creatures and have little birdies on my hem. WHAT COULD BE BETTER???