After lurking on the sidelines for years, I managed to write a post earlier this year, which means I can enter IPM!

My dress pattern is the new Peppermint magazine pattern. The magazine has a free pattern from In the Folds which is available to download each quarter. There are some pretty great patterns available if you look at the archive. Clearly this one is not a maternity pattern but I thought since it was loose fitting I could make it work. 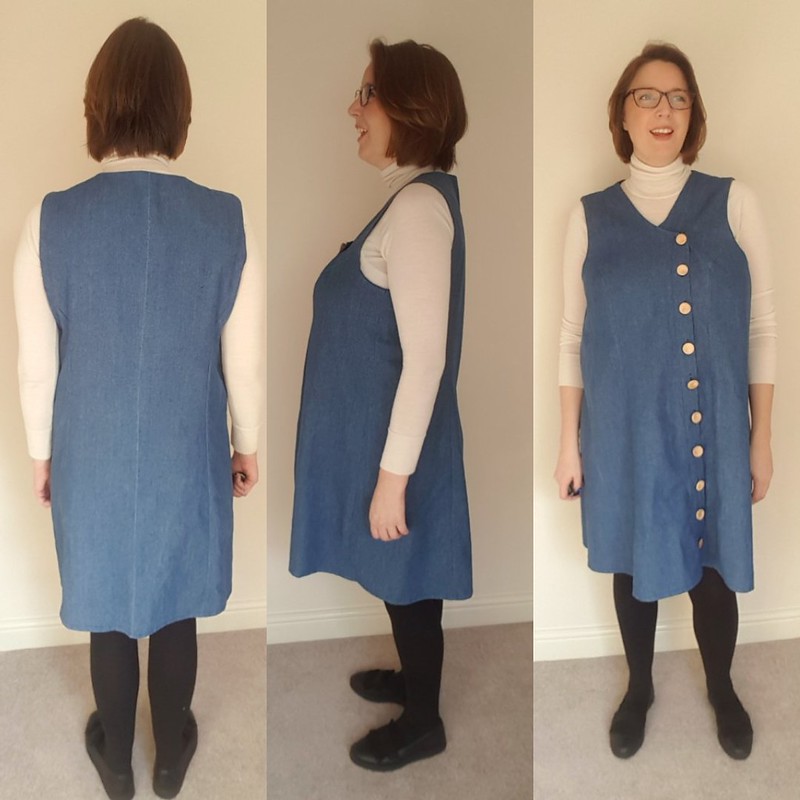 It’s a button up dress with 10 (!) buttons up the front. That made me a bit nervous – 10 button holes to make after you had finished the whole entire dress. What are the odds of my sewing machine chewing at least one up? Well yes it did – the last one of course. I unpicked it as well as I could, sewed a button on the top and a snap underneath and called it done. 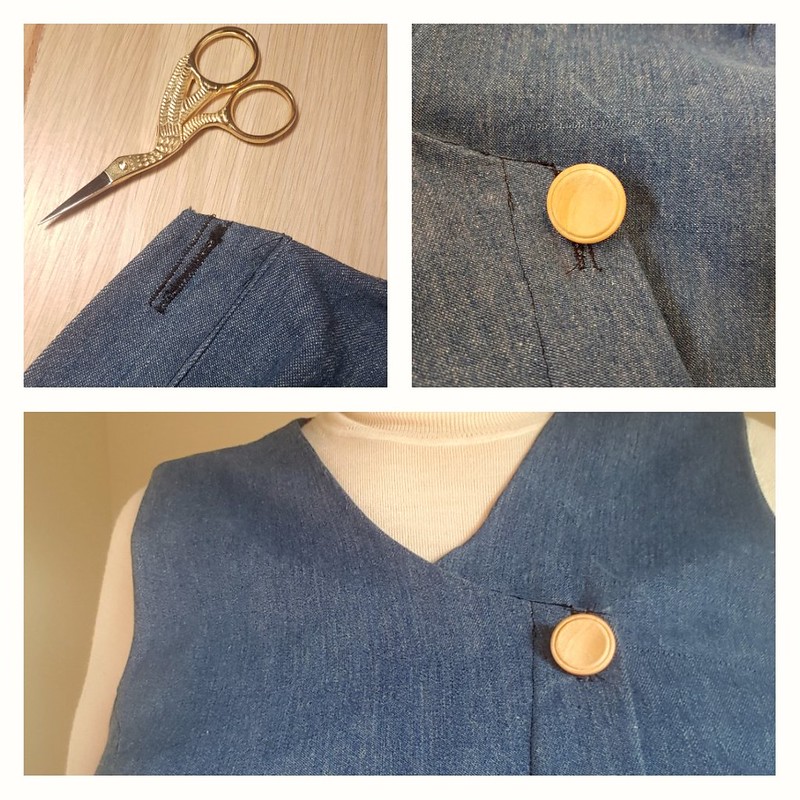 I had originally thought about sewing the dress in corduroy but nothing was stocked locally and I had no time to order online. I picked up some denim instead (maybe a cord version will debut for the final week’s theme of one pattern 2 takes). When I got the  fabric home it had an irregular flaw in it, but I don’t think it is noticeable when the dress is made up. 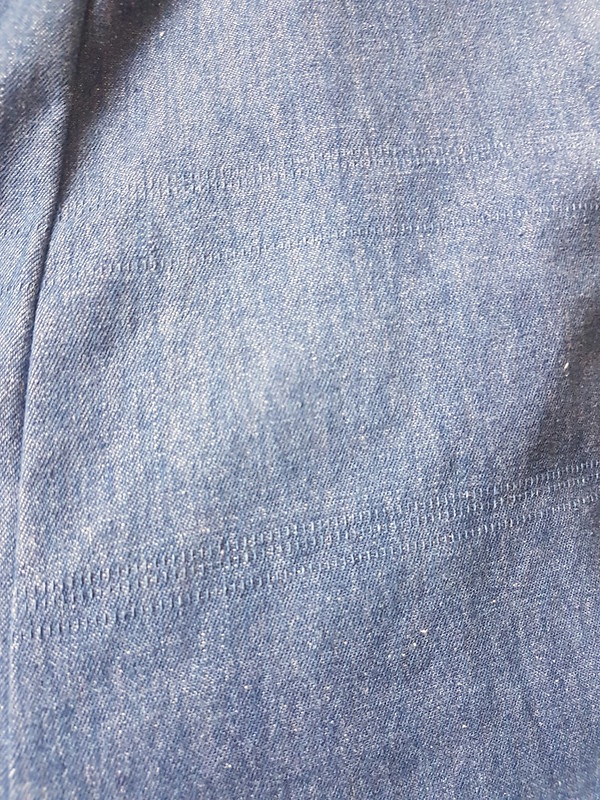 I should have thought about the sizing more – maybe gone for the back size based on pre pregnancy measurements and the front based on current, as the armscyes gaped a little. However moving the button closure so it was to the side, did pull this in, so it looks alright.  This also fixed the problem of feeling like I was wearing a tent. With a stiffish fabric and a protruding bump, it wasn’t exactly draping well.  I know I am not a svelte gamine at the moment but there is no point feeling like a blimp either! I am much happier with how it looks now. 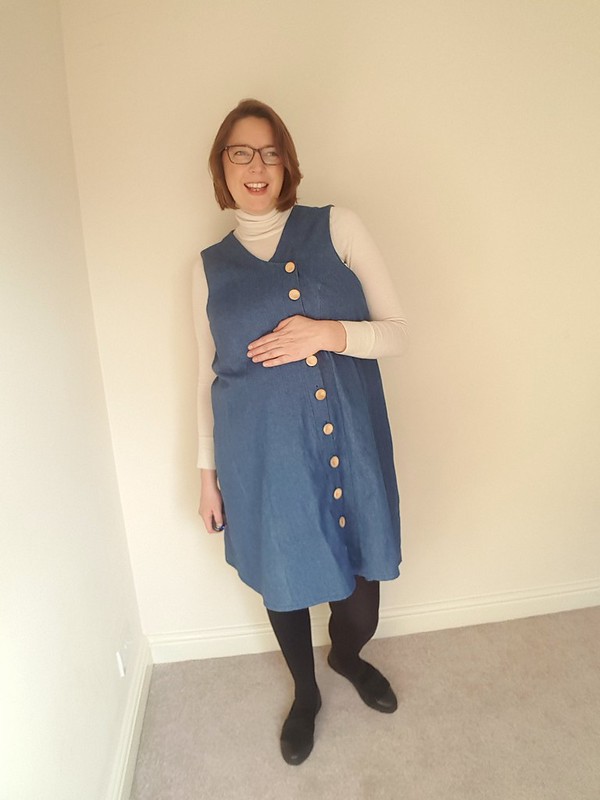 My only complaint about the pattern is that I keep searching for pockets! Oh well, if I do take 2 they will be easy enough to add into the princess seams.

My first foray into indie patterns has gone really well. This pattern is well drafted with clear instructions. I will definitely be trying out more. Thanks for running this month and giving me the incentive to try some of them out. 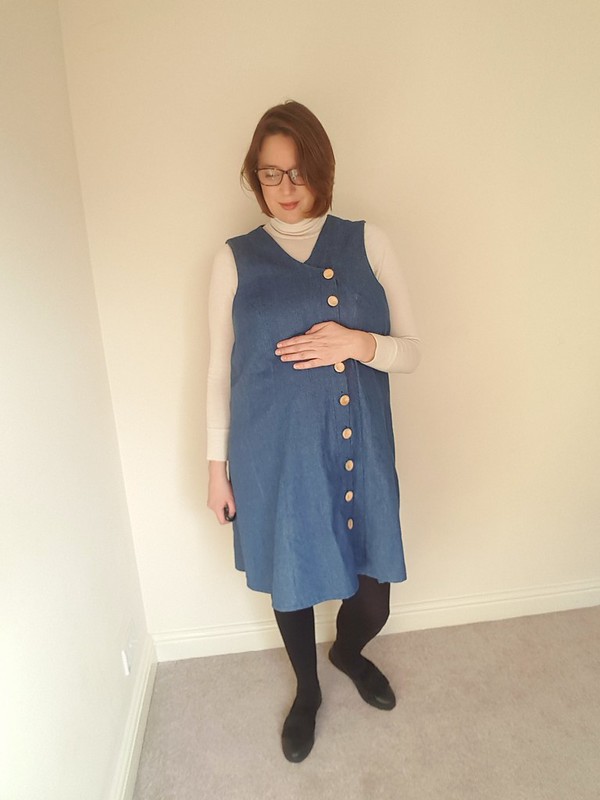 If you want to read a bit more about it head over to my blog.

2 thoughts on “Peppermint Button Up Dress”