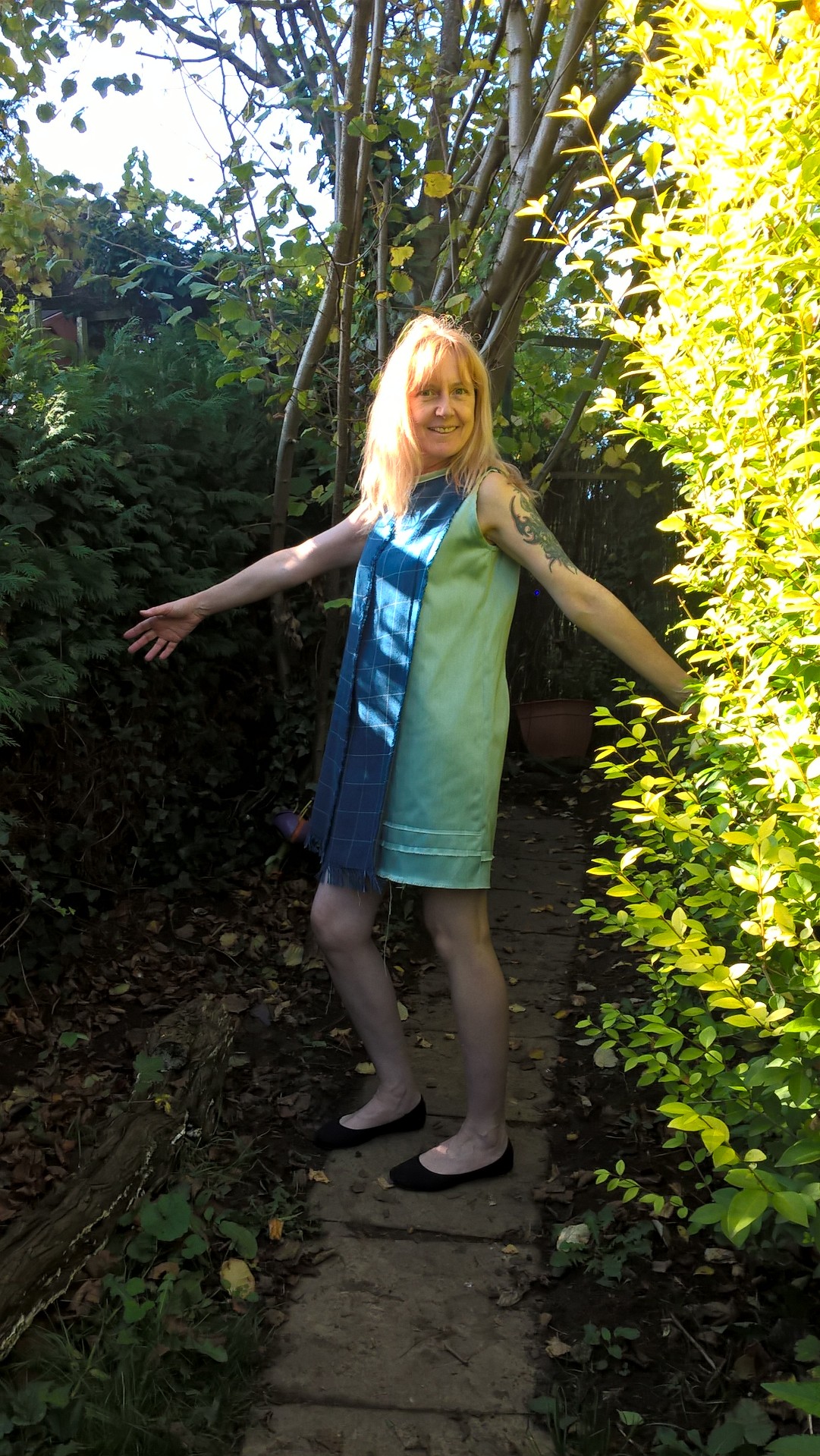 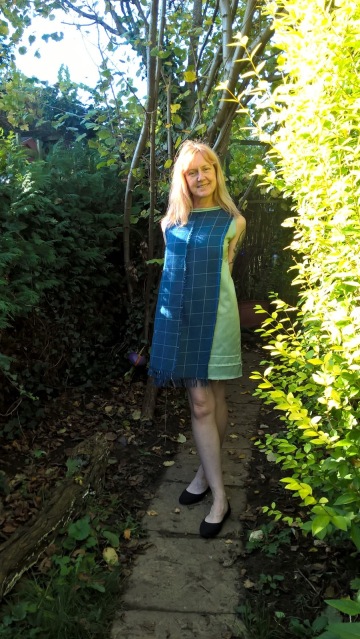 This is the Layer dress from Teach me Fashion.  I am based in the UK and Teach Me Fashion is I believe in Australia. I made this dress once before. That time I exactly followed the pattern. This time I did not have enough fabric really so I did not use the facing but instead attached a stand collar to neaten the neckline and me-made bias binding for the armholes which I made from a different fabric. I could not make bias from the same fabric since I had only a few strips left and used these on the hem.

This dress is made from upholstery grade sateen of unknown fibre ( pale blue) and part of an Ikea check blanket ( the overlay).  My first dress was stretch faux leather fabric so I made a bigger size for this because I need to be able to move and this is non-stretch fabric. I think this is actually the better dress of the two so far. Its got a wintery tartan feel. Since its rapidly feeling like winter in the UK this is going to be perfect.

I decided not to have the overlay doubled like the pattern (and my first dress) because I wanted to make use of the fringed edges of my blanket, so I cut this as a single layer but then decided to add a second layer which is a bit shorter accross the front of the dress and try to offset the checks – so the opposite of pattern matching. It kind of works over most of the overlay. 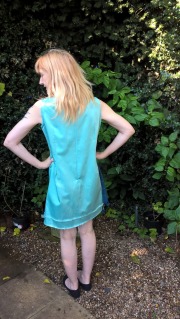 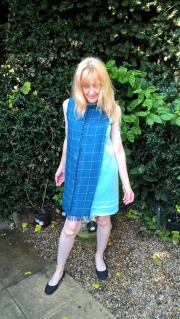 Then because the original dress is very short, and I am really a bit too old for this, I decided to leave the hem unfinished to make it slightly longer and then make use of the frayed edges. It very much reminds me of Vivienne Westwood designs which I have always liked. 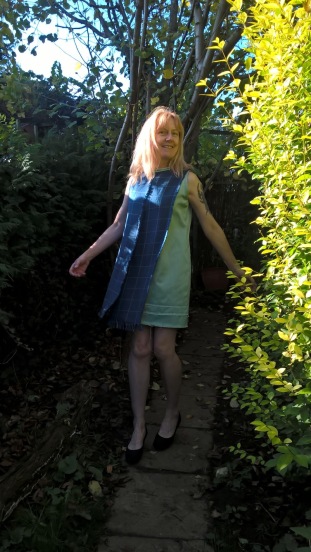 The front of the dress has two rows of frayed fabric at the hem whereas the back has just one extra strip making even more of a feature (hopefully) of my frayed edges. I ripped the fabric to make the frayed edges as directed in the free pattern for the Vivienne Westwood shirt which I made in the summer. Then pressed them to make them as flat and even as possible, pinned and sewed. 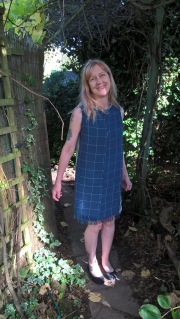 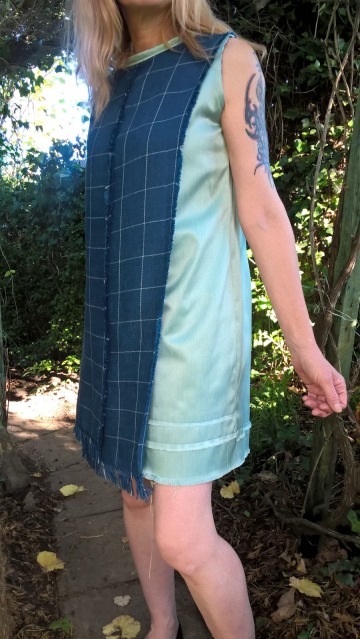 I did consider attempting to draft sleeves in the check fabric but decided to go with me-made bias instead. I think it works. 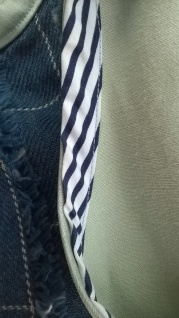 If you would like to know more about making this dress my blog is here:

5 thoughts on “Inspired by Vivienne Westwood – Around the World”